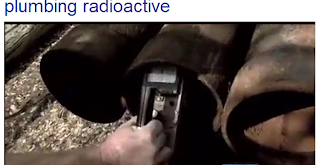 The 2001 white paper was recently made public after investigative reporters at KHOU Houston filed a public records request with the Texas Commission on Environmental Quality. According to KHOU "The TCEQ had initially refused to release the paper after a public-records request, and only did so under order from the Attorney General of Texas."

The water source, the Hickory aquifer serves nearly a quarter million Texans, tested three times above the limit for radium a contaminant that occurs naturally in some geological formations.

However, There has been no testing of the aquifer's water at the tap but it undoubtedly will be much more radioactive. The white paper

also says the the treatment of the water was a simple process. This is criminal. The government must be held accountable for the unnecessary needless suffering and loss of life of central Texans. We deserve better than this.
Posted by planet trans at 8:00 AM