Erin Vaught after correctly filling out the ER admittance forms 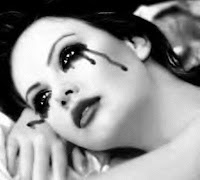 ...was told "we don't know how to go about treating someone with your condition," referring to her transgender status. Star Press

Vaught's concerns on July 19 via a Google alert, and that a patient representative was investigating the issue. We take our patients' rights policy very seriously," Henderson said." The Indy Channel 6

From GETEQUAL: Your pressure, combined with some amazing on-the-ground organizing, created a moment in Arizona on Saturday night that was unforgettable.

Just before her Phoenix concert, Lady Gaga met with the two queer migrant youth who we introduced you to last week. They originally launched the petition asking Lady Gaga to speak out against the discriminatory SB 1070. [1] During that meeting, the youth talked with her about their lives -- and about the culture of fear that has been created for immigrants in Arizona.

Following that backstage meeting, Lady Gaga tweeted to more than five million followers, "Tonight we will continue to actively protest social and political injustices in Arizona. We will sing, we will stand up, + we will be heard."

She performed that night with "Stop SB 1070" written on her arm -- which Victor and Amelec had helped her paint on -- pausing in the middle of her show to denounce the bill and call on fans to "peacefully protest and speak against discrimination everywhere." After a mix of applause and boo's, she continued, "Without immigrants this country wouldn't have sh*t."

GetEQUAL was thrilled to be asked to be part of the organizing effort that helped create this opportunity, and are proud of Lady Gaga's ongoing commitment to stand up to legal and social discrimination. We will continue to support the work of the young organizers who created this conversation -- and others who stand at the intersection of LGBTQ and immigration issues.

We know that there is a lot of work left to do in educating people about the overlap between LGBTQ issues and immigration issues. GetEQUAL is committed to continuing the work of intersectional organizing, and we hope that you will join us.

Thank you for taking action -- we look forward to doing more work with you soon!

Get out! Get active! GetEQUAL!