"Crossing Over" Undocumented Transgender Immigrants No options but Sex Trade

Within our community it is common knowledge the most vulnerable of transgender people are woman of color and none more so than those who find themselves resorting to survival sex.

Every year the Transgender Day of Remembrance (TDOR) ranks are filled with pictures and names of our sisters of color (POC) and other ethnic trans refugees. As much as 70% of those being POC and reading the short history's alongside the names it quickly becomes apparent the vast majority were murdered while engaging in survival sex having been forced into slavery.

She has raised half of the $4,000 needed by December 30th to fund her Kick Starter project. I am asking our transgender community to take action on what we know is the most venerable of our community, undocumented minority transgender woman refugees.

I gave five bucks, will you?
(it feels real good)
Kick Starter
Posted by planet trans at 3:53 AM No comments:

Is Oscar de La Hoya a "Tranny"? No, She's Transgender 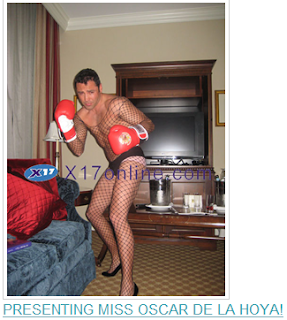 I'm not much for celebrity shakedowns so this one flew under the radar.

I became aware of this after reading a story by Nacomprende in Guanabee about Oscar De La Hoya: "I Did Coke, Cheated, And Yes, Dressed Up As Tranny".

The story was the atypical machismo response to what is seen as the ultimate betrayal by a Latino icon. A Boxer admitting he has a feminine side. But try as I might I could not find where Oscar said he dresses like a 'tranny'. That was just random hurtfull defamation thrown in the ring by Nacomprende

So I became curious about gay peoples take on this. Would they see it as some vague affirmation of homosexuality or as it really is, a story of gender variance. Towleroad did a good job talking about Oscar wearing feminine clothing not sensationalizing, but by no fault of their own (not being trans) they missed the real story.


Oscar de La Hoya is deep in denial and when the video was filmed riding to the top of the purge roller coaster.
It's a slow arduous climb Oscar, but when you've reached the top there's only one way to go and its a screaming thrilling seemingly empowering flight to the bottom.

But since you are locked into the rails of denial you will feel empty, untrue and filthy from the drugs at the bottom and to your eyes, at that moment, being the fighter you are the only way out is to climb back to the top.

And your friends and family might believe that you are doing right but in your hearts of hearts lies that fear you are only putting on a charade.

That monster Oscar, is your denial of your gender gift. You can only jab at it for so long but eventually, if you continue considering yourself as your enemy you will end up abusing drugs again. A crackhead. Worst yet, maybe like I was, a heroin addict.

And that monster will win again but the next time your addiction will be that much more powerful and you will suffer horribly. You may not have the money for a Beverly Hills rehab as your life fades before you. You would be better off where I went for rehab. It was called a dropkick rehab because when you got down you just got the fuck out. No pretty sun rises. Room mates drugged up for the first three days to beat jones'ing heroin addictions. Woman getting raped in the rehab by those same people. Not pretty but fucking eye opening and that my friend maybe what you need.

You have true grit Oscar and I know you'll find the courage to dismount the denial roller coaster. You need to be at our place where you feel safe, sober and transgender. Welcome Oscar. Whenever.
Posted by planet trans at 12:08 PM No comments: 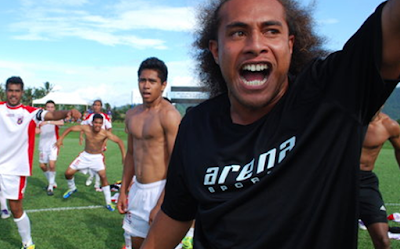 This will thrill you with pride!

Via 101greatgoals "American Samoa’s 2-1 win over Tonga on Wednesday in Oceania World Cup qualifying was not only historic for being the first time they had ever won a competitive game in FIFA competition."

"Incredibly, and this could open up a whole can of worms for Sepp Blatter, American Samoa fielded a transgender footballer called Johnny “Jayieh” Saelua."

Posted by planet trans at 11:05 PM No comments:

>>>Update! Gay Russia reports the USA goverment has condemed the proposed legislation. I am so proud!<<<

Gay Russia has a more pragmatic take on the postponement. The article states the second reading was put off until Nov 30th because the legislature couldn't come to a consensus on the fines. Some MP's feel its appropriate to fine 'legal persons' one million rubles or approx US $32,000 penalty for gathering in public places with the intention of advocating for LGBT rights.

Evidently some felt a million Rubles was excessive. After all, that fine would be as obscene as the proposed law is since the medium income in Russia is $7680 effectively making again invisible to the world LGBT Russians since the majority (74%) live in the Moscow St. and Petersburg vicinity. This law would further put at risk millions since Russia proper already has the second highest suicide rate and the countries within its sphere of influence owning 9 of the 10 top spots! This tragic statistic incredulously will be made worst if the draconian legislation is made into law.


Maybe its a combination of factors as Polina believes. Worldwide condemnation. Perhaps a world leader or two have already stepped up to the plate and condemned this proposed atrocious attack on humanity? Maybe disagreeing on the amount the Legislators would find justification in letting the bill die while simultaneously avoiding Putin's wrath?

One thing for certain. This gives us time to martial our forces and respond globally in a unified voice! 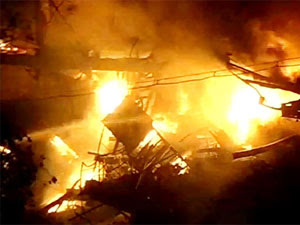 Today was a tragic day for our family. 40 transgender people died today as they participated at the 2011 New Delhi transgender day of remembrance.

Shortly after the fire occured CNN reported that New Delhi's health minister, A.K. Walia, said an electrical short circuit was believed to have caused the blaze,

One India reported it began in the kitchen. By all accounts our sisters and brothers died a horrifically screaming for help. Our community lost some of our family today. Truly a tragic TDOR and a very sad day. Universally we mourn and offer our condolences.
Posted by planet trans at 11:05 PM 1 comment:

West Hollywood TDOR Murderer At Large Have You Seen Him? 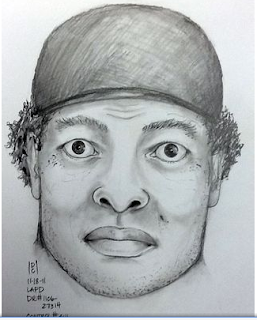 (Cut and pasted for accuracy sake from L.A. NOW)

This post has been corrected. See the note at the bottom for details.

Authorities continue to search for a man they believe responsible for shooting to death a transgender woman in Hollywood and shooting at another in West Hollywood on Thursday night.
He is described as black, medium-complected, 5-feet-9, 150 pounds with matted hair, light facial hair, skin tags around his eyes and wearing a knit cap. He is possibly a transient and may have been on a bicycle.

Los Angeles police believe he shot and killed Nathan Henry Vickers, 32, on Lexington Avenue, near Gower Street, an area long known for street prostitution. Vickers, known by the street name “Cassidy,” was standing in the street when he was shot shortly before 10 p.m.

About a half-hour later, another transgender woman was shot at during an attempted robbery at Plummer Park, 7377 Santa Monica Blvd., in West Hollywood. No one was hurt in that incident.

Investigators believe the same man was responsible for both shootings.

[For the record, Nov. 19, 10:48 a.m.: An earlier version of this post described the Hollywood slaying victim and West Hollywood individual who was shot at as transgender men. Police on Friday said they were transgender women.]