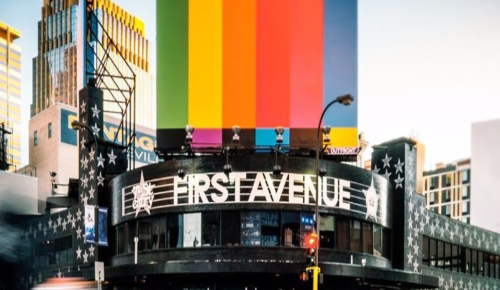 “To staff, artists, and our community, we hear you and we are sorry,” the venue said in a tweet, announcing that the evening’s show had been canceled.

We hear you. Tonight’s show has been cancelled at First Avenue and is moving to the Varsity Theater. See our full statement for more. pic.twitter.com/tkf7rz0cc7

David Chappelle earned a place in infamy for his part in the suicide of Daphne Dorman, the trans woman who killed herself after he humiliated her during the NetFlix special "The Closer".

First Avenue did the right thing by moving his show, as did Chappelle's alma mater when the students rose to protest and denied the school's renaming to Chappelle.

The venue has since been on the receiving end of much criticism and derogatory comments for doing so.

One person signed the Change.org petition calling on First Avenue not to host Chappelle just so they could denigrate those standing up to transphobia. That individual's comment mirrors the sentiments of the Fox News commentary below.

Trigger Warning: This outrageous and vile special is triggering to anyone who is woke.

The word "woke" has since been weaponized to dehumanize people of color and transgender people by the white oppressors. The outrageous premise that Gutfeld uses to validate his ridiculous premise that the oppressors are the liberators melts in the light of the day.

So where did the euphemism  "woke" start from? Some would say singer song writer Lead Belly who sang about 6 black teenagers who were falsely accused of raping two white women in Alabama.

To know history gives us an opportunity to benefit from others' experiences. I am proud to be a part of our tiny woke minority as it links my feeble efforts to those who have a historic and momentous past.

Posted by planet trans at 7:49 AM No comments:

Florida to ban gender affirming medical care for all ages 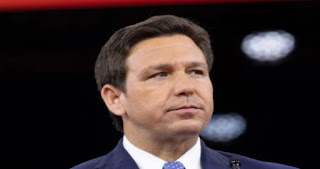 Florida is attempting to do a back door ban of ALL gender affirming care by creating their own psuedo-scientific standards of care that will emphasize conversion therapy.

There will be a hearing on August 5 at 8am at the Ft. Lauderdale Airport Marriot. Be there.

🚨🚨🚨 Florida is attempting to do a back door ban of ALL gender affirming care by creating their own psuedo-scientific standards of care that will emphasize conversion therapy. There will be a hearing on August 5 at 8am at the Ft. Lauderdale Airport Marriot. Be there. pic.twitter.com/7jkGpTcT3B

Instead of passing a law or implementing a regulation, they will quietly gut the ability of doctors to treat trans patients by implementing this fake standards of care that will deny the existence of trans people and require conversion therapy.

SEGM and Genspect members have been infiltrating various professional medical orgs to push anti-trans junk science and limit access to gender affirming care. This runs deep and there are several people involved. https://t.co/StG8GBPDuc

Posted by planet trans at 5:45 PM No comments: