Most all of us who have come to a point in our lives where we feel our transition has been successful, all have one common problem.

Much of the world doesn't recognize or respect our gender expression.

So we are happy, or like me still thrilled, to look in the mirror, to see the external changes. To sit quietly reflecting on our internal growth and the amazing interpersonal relationships which have since sprouted.

To know in my heart this is who my artistic first wife saw when she drew a picture of who she knew I would be in my mature years. No one including myself believed I could be such a wise intuitive soul, but she did.

Much of the world still doesn't know. It's been a battle extraordinaire fighting for my life at the first full time job since transitioning in 2007. Yes five years.

I am winning. I am being grudgingly granted respect by the last of the management holdouts, not because of any revelation on their part, but because I am a person of extraordinaire worth to the company.

A hybrid of sorts. Physically enabled like a athletic man, yet with accessibility of a woman and with the compassion and understanding of a mother. A hybrid gender.

So in a nutshell, I am happy even ecstatic. Then what was holding me back?

I can't blame all the hardships I have endured getting to this point on the APA, the people largely responsible for creating a social toxic atmosphere, but I will say if they stopped adding gas to the haters fire, the air would start to clear.

Kelly Winters who authors GID Reform doesn't advocate for a total reform arguing that retention would continue to aid many who's insurance covers transitional needs. In all my life I have yet to shake one of those peoples hands, but hey, I know you are out there. But what about the vast majority of us?

"Transitioned individuals who are highly functional and happy with their lives are forever diagnosable as mentally disordered under flawed criteria that reference characteracterics and assigned roles of natal sex rather than current status. For example, a post-transition adult who is happy in her or his affirmed role, wants to be treated like others of her/his affirmed gender, has typical feelings of those in her/his affirmed gender, and is distressed or unemployed because of external societal prejudice will forever meet criteria A (subcriteria 4, 5 and 6) and B and remain subject to false-positive diagnosis, regardless of how successfully her or his distress of gender dysphoria has been relieved."

Then she goes on to address the rigid gender stereotyping at the crux of the issue:

The criteria for children are slightly improved over the DSM-IV-TR, in that they can no longer be diagnosed on the basis of gender role nonconformity alone. However, the proposed criteria are unreasonably reliant on gender stereotype nonconformity. Five of eight proposed subcriteria for children are strictly based on gender role nonconformity, with no relevance to the definition of mental disorder. Behaviors and emotions considered ordinary or even exemplary for other (cisgender) children are mis-characterized as pathological for gender variant youth. This sends a harmful message that equates gender variance with sickness. As a consequence, children will continue to be punished, shamed and harmed for nonconformity to assigned birth roles.

So essentially the APA has recognized they are killing us and are seeing if they can get away with using a kinder more gentle machine gun hand.

Stop killing us! Please sign the petition demanding the APA remove Trans From The DSM-5, Yours is the voice they can't deny. Yours is the kick in the pants that's bringing the undeniable truth out of the shadows.

The APA has lone profited from our deaths. No More Machine Gun Hand.

Posted by planet trans at 9:12 AM No comments:

Informed Consent, what a concept! 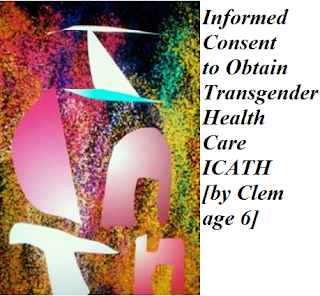 The AMA begins its definition of informed consent as:

Informed consent is more than simply getting a patient to sign a written consent form.
It is a process of communication between a patient and physician that results in the patent's authorization or agreement to undergo a specific medical intervention.

This Campus Progress article suggests instead of the clinical gate-keeping method of admitting a person is a transsexual, which the APA now uses, we simply use informed consent to begin the process of transition.

PATHOLOGIZE: to view or characterize as medically or psychologically abnormal.

One interview to obtain informed consent to begin transition as opposed to the unbearably long and quite often frustratingly unyielding process of vetting unknowledgeable therapists who never had a clue about transsexualism or any inclination to recommend hormone replacement in the first place. Gone would be the fallacy being forced to live a 'real life test' separates the pretenders. At that early state of transition we are at our most vulnerable. That concept is one which is long over due to be trashed!

The truth is, most transsexuals have successfully transitioned in spite of the DSM, not because of it!

That is why transgender people and those who truly care for our mental and physical well being are no longer using the DSM Regardless of Proposed Revisions as the standard of care. We have by default been using informed consent for years without naming the process!

Now we have a name and you can join with 5000 on facebook and sign our petition to the DSM to remove transgender from the DSM.

Become informed on the ICATH home page and on Facebook.
Posted by planet trans at 7:55 AM 1 comment:

Breaking the APA's chains pathologizing transsexuals for power and wealth

Our gender diversity is a natural blessing not a mental illness.

I am but a drop in a growing tsunami of trans people who have been shaken awake by a global earthquake of injustice that's epicenter is our gender. 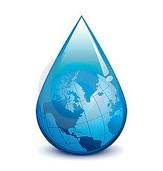 We have begun inundating cities with our conversation and protests feeding the timeless rivers of change. Our waves of activism are now flowing over dikes of bigotry spreading onto fertile plains nurturing new perceptions of the gender diverse.

We are doing this not just for ourselves today, but for our future generations to come. We are standing shoulder to shoulder, regardless of nationalities or religious beliefs universally rejecting the medical establishment's pathologization of our beautiful gender spectrum.
As never before in history with the assistance of the Internet we are becoming aware, sharing activism and achieving world community empowerment.

We the worlds gender diverse are uniting to denounce the suffering resulting from complicity of the APA with parasitic pharmaceutical corporate greed , the selection of Dr. Kenneth Zucker for DSM-V revisions(GID)chair who's center damages children with reparative therapy and the dismissive arrogance that are the cornerstones of the APA DSM. 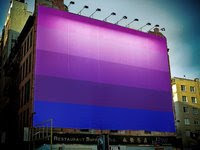 North America's upcoming revisions to the DSM will strongly influence the world's treatment of trans people. This is undeniable. At my home group TransAction ConVergence we have initiated a petition demanding the Remove Transgender people from the DSM-5 which we invite you to sign.

TransAction ConVergence is aligned in this advocacy with Europe's Spanish led movement STP2012,

the group TGEU Transgender Europe and ILGA Europe in calling for the de-pathologization by the World Health Organization(WHO) of trans identities in the forthcoming revision of the International Classification of Diseases (ICD-11) . We are also aligned with the group GID Reform Advocates calling on the American Psychiatric Association to delist transsexuals from the proposed revisions in the DSM with full assurances that all necessary health provisions remains at the disposal to trans individuals.

What we want and how we want it.

Currently the DSM and ICD SOC demands a lock step, gate keeping regiment inviting religious persecution and in one extreme instance a state to require forced divorce and sterilisation of trans people.

It is inhuman for the APA or the WHO to support Standards Of Care [SOC] that legitimizes forced sex changes. These are OUR BODIES and we DEMAND the right to self determination!

We demand a separation of the legal gender recognition process from the medical.

Incredibly the the APA chooses to ignore us and institute revisions in the DSM-V pseudoscience seeking to drag trans people further into the morass.

"Autogynephilia"and "autoandrophilia" are now proposed to be indicative of a "transvestic disorder".

This means that the DSM-5 could label transgender people mentally ill based on an unproven theory made by one of the members of the committee, and in spite of the fact that the theory is found highly controversial in the scientific community and outright offensive in the transgender community as there are ten incontrovertible reasons why the Transvestic Disorder Diagnosis in the DSM-5 Has Got to Go.


The free dictionary defines "Pathologize" as "A neologism for diagnosing a normal condition as pathologic , based on the assumption that it 'should' cause disease–eg, adopted children are assumed to develop dysfunction with a higher frequency than their nonadopted counterparts."

Similarly the DSM-V pathologizes gender diversity by assuming that "The disturbance causes clinically significant distress or impairment in social, occupational, or other important areas of functioning."

We contend much of the unemployment, social isolation and suicide that has become institutionalized, even expected to be synonymous of gender diversity by the "TQ" in LGBTQIA, is strongly attributable to the stigmatization of the DSM and the ICD. Trans people are sentient beings and socially responsible productive members of the community given the opportunity.

Let our people be!

Case in point. When I began transition I was warned because I am a MTF blond woman people would automatically deduct 50 IQ points and not to expect to be treated equally. This was fair warning. However, I was blessed with a body that allows me to be a fully functional member of society regardless of any perceived diminishment in my cognitive abilities.

Conversely, there are many in our community who are far more gifted intellectually and spiritually who can not have this opportunity simply because they do not meet the physical expectation of what a 'real woman' should look like. The damage from these unattainable social constructs are perpetuated and multiplied in no small part by the APA's DSM.

The DSM is bad science for the gender diverse.

Dr Frances who was chair of the DSM-IV Task Force recently came out of retirement to lambaste his former colleagues and warn us that "If the potential gains of DSM-V are extremely modest, the potential risks are great and largely unrecognized."

Dr Frances then went on to " accuse his colleagues not just of bad science but of bad faith, hubris, and blindness, of making diseases out of everyday suffering and, as a result, padding the bottom lines of drug companies."

Gender Identity Dysphoria(GID) vs Gender Incongruence(GI): A perpetuation of irrelevance by the APA.

The APA having realized its irrelevance in modern treatment of transsexuality and subsequent loss of prestige and income have proposed to change the terminology describing gender diversity. The APA proposes to substitute the much maligned word "dysphoria" meaning "a disorder of affect characterized by depression and anguish" with "Incongruence" meaning "containing disparate or discordant elements or parts."

This attempt at placate us amounts to a change in "Verbage" /ver'b*j/ A deliberate misspelling and mispronunciation of "verbiage" that assimilates it to the word "garbage". A mental disorder is a mental disorder by any name.

Our position is supported by some of the most recognized voices in Physiology. 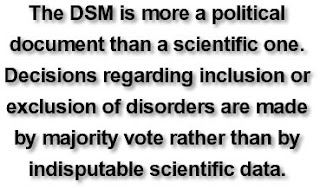 preferred sex roles prescribed by most modern western cultures is pathologized. Consideration of normal developmental phases, playfulness and individuality are often harmfully discounted in this restrictive application of diagnostic criteria." Ofer Zur, Ph.D.
Zur, O. and Nordmarken, N. (2010). Retrieved 1/22/2011 DSM: Diagnosing for Money and Power" Summary of the Critique of the DSM.

Want to be a part of this change? It's easy as signing our Petition if you haven't already and I'll see you on the river!
Posted by planet trans at 8:26 PM 1 comment: