Laura Ingraham in this video broadcasted on FOX TV attempts to bully and intimidate CODE PINK'S Medea Bejamin. This defies all standards of broadcast decency and the principles of free speach. Laura Ingraham is in the absence of armed men demanding silence, is by default the enemy of free speach and an America where we respect the right of others to have and express an opposing opinion. As someone who served in the Armed forces I can attest she is not speaking for me nor a majority of service members.

I would hope Laura Ingram would have a more open mind to the Transgender community. According to the WIkapeda, she has involved herself with purposefully harming innocent people by ingaging in Anti-homosexual activism.
According to David Brock (in his 2002 book Blinded by the Right), Ingraham, while writing for The Dartmouth Review in the mid-1980s, once attended meetings of a gay student organization for the purpose of publicly outing them in the newspaper. Ingraham secretly taped a meeting of the Gay Students Association, then published the transcript, identifying students by name and calling them "sodomites." According to Ingraham, however, she attended the meetings to report in the newspaper how tuition money was being spent.

A decade later, on February 23, 1997, however, Ingraham wrote an essay in The Washington Post in which she announced significant changes in how she views gays and lesbians. This was motivated primarily by her experience with one of her brothers rumored to have been estranged from her for a time after the gay student group controversy, as he cared for his ailing partner:

"In the ten years since I learned one of my brothers was gay, my views and rhetoric about homosexuals have been tempered... because I have seen him and his partner of 14 years, lead their lives with dignity, fidelity and courage.

I AM FURIOUS THAT I SPENT 7 YEARS IN THE ARMY TO HAVE FREEDOM OF SPEECH DESECRATED.
You may contact FOX at yourcomments@foxnews.com and exercise your freedom of speech!

http://planetransgender.blogspot.com
Posted by planet trans at 3:26 PM No comments: 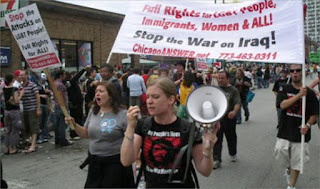 The contemporary gay rights movement got off the ground way back in 1969. Despite nearly forty years of struggle, activists still can’t overcome one fundamental hurdle: should the gay movement subscribe to separatist isolationism or dedicate itself to more universal human rights?

The pressing matter came into sharp contrast during last year’s ENDA debacle, when homos took sides on whether or not to accept a trans exclusive employment non-discrimination act. While some organizations - such as Human Rights Campaign - rallied for an incremental approach, hundreds of other organizations insisted on all or nothing. The resulting drama highlighted a problem that has been brewing since the beginning of the movement.

The Stonewall rebellion led to the formation of the Gay Liberation Front, which dedicated itself to fighting solely for same-sex lovers. It wasn’t long, however, until frustrated activists broke off to form the Gay Activist Alliance, which worked with other liberation groups to achieve universal equal rights. Their purview extended beyond the gates of Oz and into the real world. Though neither organization stood the test of time, their ideologies continue to dominate - and divide - the gay rights movement.

New Republic journo James Kirchick gave the old debate new life this week when he published a scathing editorial against outgoing National Gay and Lesbian Task Force director Matt Foreman. Though much of his piece - which The Advocate published - gets caught up in the old liberal v. conservative debate, Kirchick raises interesting political, social and moral matters.

Kirchick opens by taking on Foreman’s record at the Task Force, which apparently Kirchick doesn’t think did enough for the gay community. He writes:


[Foreman] was many things during his five years at the top of one of the country’s preeminent gay rights organizations. He was an outspoken opponent of the war in Iraq. He fought against privatizing Social Security. He stood foursquare against the erosion of abortion rights.

But what any of these issues have to do with lobbying for gay rights — presumably Foreman’s job description — is beyond me.
Kirchick later uses Foreman’s opposition to an exclusive ENDA, as well as some Task Forcers’ opposition to marriage as an indication of why the Task Force actually harms the gay community.

The Task Force’s flaws, he writes, stem from the fact that they’re committed to “broader social justice movement”. This should come as no surprise - anyone who’s familiar with the history of the gay rights movement knows that the Task Force formed from the ashes of GAA, the organization which focused on cross-cultural struggle. Despite its history, Kirchick can’t seem to wrap his mind around the fact that gay people may want to help other people who are oppressed. Or perhaps he’s intimidated by the “Marxist” inspired “queer theory” - who wouldn’t be? Thinking outside your box can be a frightful experience, even for the political elite.

We won’t comment on the Task Force’s relationship with the United Nations or alleged allegiance to wealth distribution. We will, however, say that it’s morally irresponsible to dismiss an organization for looking beyond its ranks. Would it be acceptable to save a gay man from a burning building and let a black man be consumed by flames? No, of course not, nor is it acceptable to work for group rights without realizing that there are others who need uplifting, as well.

Kirchick and his ideological adherents practice the most dangerous type of isolation: selfish activism. Those who insist on getting the goods for the gays and no one else are just as guilty as those who work against universal human rights. Foreman, whom we interviewed earlier this week, puts it best when he says the gay rights movement faces one huge division: our ultimate end.


I think where there is a divergence and there is not a consensus is the long-term vision for our movement. Part of this is trying to figure out… We are part of something bigger than just trying to get the technical equality under the law. That’s a prerequisite, but we can’t pretend that’s the end. That’s really a more just society.
Are we willing to work simply for gay rights and call it a day or should we work for universal equality? The answer seems simple to us.

Of course, Kirchick’s correct in pointing out that there are a number of gay-centric organizations - HRC, Servicemembers Legal Defense Fund, and many more - all of which are great in their own way. It seems to use, however, that while we should all fight for gay rights, we shouldn’t forget our fellow man.
Posted by planet trans at 11:12 AM No comments:

By MEGAN ROLLAND
Sun staff writer
11:57 pm, January 28, 2008
City Hall was buzzing Monday night with both protest and support for a proposed city ordinance that would include gender identity as a class of people protected from discrimination in housing, employment and public accommodation.

Continue to 2nd paragraph The auditorium had standing-room only, as did the entryway where a large crowd watched the decision on closed-circuit television. The vast majority of those who spoke on the issue were against the ordinance.

Those in favor of the ordinance lauded it as a step toward increased human rights for transgender individuals, who some said are marginalized in society.

The ordinance would add gender identity as a category of people protected from discrimination. Discrimination based on race, religion, sexual orientation and gender are already outlawed in Gainesville.

City officials defined gender identity as a situation where people have an inner sense of being a gender other than their gender at birth.

Those opposed reiterated oft-cited concerns of having a man in a woman's restroom, as well as the burden it would place on business owners to provide accommodations in the case of changing facilities.

Commissioner Ed Braddy immediately made a motion to deny the ordinance, and Commissioner Rick Bryant quickly seconded the motion.

"When you boil it down the issue is that because of some people who have some sort of emotional or psychological issue, others have to change," Braddy said.

He said the ordinance would require separate facilities if a business owner decided to deny a transgender individual access to dressing rooms.

"In that sense it makes a claim on other people's property," Braddy said. "This is about granting special privileges to a class of people."

Commissioner Craig Lowe countered. "There is nothing special about being able to have a home, get a job, go to a restaurant," said Lowe adding that those are simple rights that are often taken for granted.

"It does a very simple thing for a group of people that is very intensely discriminated (against). They are few in number but sometimes it is the few in number who need the most protection," Lowe said.

Commissioner Jeanna Mastrodicasa emphasized that there is a standard across the nation for these types of ordinances.

In Florida the cities of Lake Worth and West Palm Beach, Miami Beach, Wilton Manors, Gulfport and Key West have anti-discrimination policies that protect gender identity, as do Orange, Monroe and Palm Beach counties.

Some residents quoted the Bible and expressed anger that the city would make an ordinance protecting people who in their minds were going against the way that God created them.

One man said the commissioners would suffer the wrath of God and another yelled "the blood is on your hands" for supporting the ordinance.

Several pastors, including the pastor of the Rock of Gainesville, also spoke against the ordinance. Many opposed to the ordinance said it was unfair to make the majority uncomfortable in order to protect a minority.

A University of Florida student said in the meeting it was a sad state of affairs when basic human rights were debatable not only among the public but also among elected officials.

Another UF student said, "We have a right not to be hassled, harassed, beat up or killed, and it happens everyday based on what people look like and what we wear."

By press time, the commission hadn't voted on the issue.

The Independent Florida Alligator: Opinion - Transgender ordinance is necessary for equality
Posted by planet trans at 7:38 PM No comments: