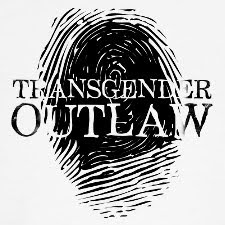 In the recent ruling won by by Australian Attorney General, transgender people must have completed sexual reassignment surgery (SRS) in order in be legaly recognized in their correct gender.

That's not all. The ruling specifies the original reproductive organs would need to be removed in order for the applicants transitional gender to be recognized.

This ruling will now be challenged in the supreme court.

If the Australian Supreme court upholds the ruling that a FTM transgender person "cannot be considered male if they have functioning internal and external female reproductive organs" a FTM would be required to obtain a prohibitively costly and dangerous surgical operation not available in Australia that would at best produce a sexually inoperative substitute penis.

Wouldn't a ruling like that be discriminatory if not applied equally to all of the population including cisgender people and not just a segment?

Perhaps what is needed is a compulsory 'reproductive ability' test administered to the general public determining gender. Male, female and undetermined.
Posted by planet trans at 9:45 AM No comments: