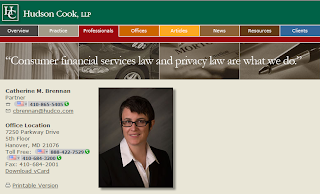 There have been many articles published about the Florence Colorado student who is being attacked by the right wing conservatives. There have been many intentional breaches of journalistic protocol along the way but only one that clearly endangered the youth at the center of this manufactured 'controversy'.

NBC KOAA in Colorado Springs published a very biased video "Transgender Student Causing Controversy" early on naming the transgender student. To date no other media, mainstream, or social has parroted that story or stooped that low to endanger this vulnerable young person's life.

All including the most vehement of anti transgender pundits have at least used a misgendered pseudonym when talking about our transgender student "Jane Doe".

Cathy Brennan a TERF (Trans Exclusionaly Radical Feminist) on her Wordpress blog Gender Identity Watch". Brennan has posted her picture and republished the NBC video on Vimeo undoubtedly aware that if she put it on You Tube it would have violated terms of service.

But this isn't the first time Brennan has outed a transgender student.

Cathy Brennan, Lawyer, Maliciously OUTed a 17 Y.O. Transgender Youth To His High School June of 2012, then laughed at his attempts to apologize for making an unacceptable rape joke on twitter in his youthful zeal after being baited into it by? Yes Cathy Brennan.

You can help put a stop to Brennan's amplification outing of yet another transgender student by reporting her blog to wordpress.com/abuse. I reported Brennan for "content (that) promotes self-harm/suicide.

Transgender youth are especially vulnerable. The Youth Suicide Prevention Program reports that "More than 50% of Transgender youth will have had at least one suicide attempt by their 20th birthday.*.

Posted by planet trans at 5:14 PM No comments: