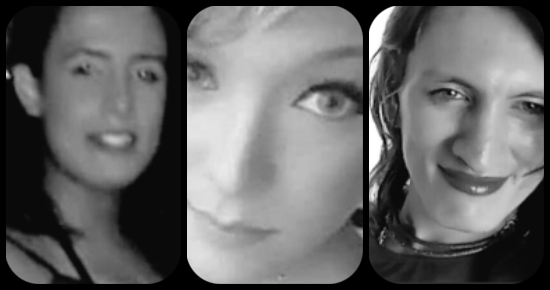 Three Columbian transgender womnn were killed last weekend, between August 14, to August 15, 2021. According to the Bogata-based human rights organization Red Comunitaria they are Antonella, who was assassinated in Cali, Dayana, who was murdered in Rozo, Valle del Cauca, and Camila Ardila, from Puerto Triunfo, Antioquia.

Wholesale slaughter of transgender people in the western hemesphere According to Eltiempo.com, the cases have been registered in Valle del Cauca (7), Bogotá (5), Antioquia (3), Bolívar (2), Cesar (2), Tolima (1), Sincelejo (1), Quindío (1 ), Atlántico (1), Cundinamarca (1), Magdalena (1), Huila (1) and Caldas (1). However, it should be noted, organizations have warned that there is an underreporting and that the number of trans people killed for their gender identity is surely higher.
(In addition: Violence haunts trans women sex workers in Cali )

The truth is it is expected that in 2021 that figure could be exceeded. As reported by this newspaper in its multimedia special ' The Trans Spring Storm' , with these records, Colombia is among the first places in the dishonorable list of countries where the lives of the trans population are most violated.

The research project Transrespect versus Transphobia in the World (TvT) confirmed this in its last report, in which it documented 350 murders of trans and gender-diverse people between October 1, 2019 and September 30, 2020. (Read on: Hidden violence against trans men in the country )

The data showed that Central and South America, with 82% of the cases (287), is the most violent region.
There is the highest number of murders in a single country: Brazil, with 43% of the total deaths of that period (152 people).
And they are followed by Mexico, with 57;
The United States, with 28;
Colombia, with 21 ,
and Argentina, with 12.

This places this population as one of the most vulnerable, especially trans women. The causes are attributed to a phenomenon known as 'double discrimination', since they face the violation of their rights for being women and for being trans people.
Posted by planet trans at 5:41 PM No comments: 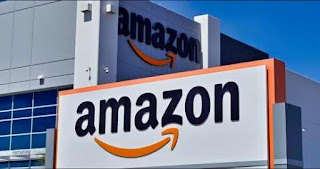 Amazon said in a letter to Republican Senators that it will no longer sell books that incorrectly identify sexual and gender diversity as a mental illness. Amazon did this after being questioned as to why they delisted "When Harry Became Sally" the former best-selling book by Ryan T. Anderson.

The letter was in response to Sens. Marco Rubio (R-Fla.), Mike Lee (R-Utah), Mike Braun (R-Ind.), and Josh Hawley (R-Mo.), who had sought an explanation from the e-commerce giant on its decision to remove the book “When Harry Became Sally: Responding to the Transgender Moment” from its storefront last month.

Amazon will not sell any books on its platform that portray transgender, other gender identities, and sexual orientations as mental illnesses, the company explained in a letter to three Republican senators who had sought an explanation from the e-commerce giant about its decision to delist a book written by a conservative author, as conservative politicians attempt to challenge the Biden administration’s efforts to expand protections for LGBTQ+ people.

In a letter to the senators, Amazon said that the company has “chosen not to sell books that frame LGBTQ+ identity as a mental illness,” the Wall Street Journal first reported.

The sudden delisting of this junk science book caught a plethora of conservatives off guard. "When Harry Became Sally" is the go-to junk ‘science’ book that the GOP uses to validate their crusade against transgender people.

Anderson told The National Catholic Register on Monday morning that he was alerted to the situation as “people trying to buy it told me it was gone.”

Anderson, a William E. Simon Senior Research Fellow at the conservative Heritage Foundation has become one of the most prominent voices in the contemporary anti-LGBTQ movement. Those eager to oppose the fight for transgender equality had been anticipating the arrival of When Harry Became Sally, hoping it will serve as a valuable compendium for convincing people to reject the legitimacy of transgender identities.

Anderson doesn’t shy away from that motive.

“In this book, I argue that Dr. McHugh got it right,” Anderson wrote in his introduction, referring to Dr. Paul McHugh and McHugh’s theory that being transgender is a mental illness.

Who is Dr. Paul McHugh?

Dr. Paul McHugh is a disgraced Academic who published non peer reviewed ‘opinion pieces” based on meta studies that he conducted. He is a part of the American College of Pediatrics which is designated as a conservative hate group by the Southern Poverty Law Center.

The American College of Pediatricians (ACPeds) is a fringe anti-LGBTQ hate group that masquerades as the premier U.S. association of pediatricians to push anti-LGBTQ junk science, primarily via far-right conservative media. As an example, Andre Van Mol, co-chair of ACPeds’ Committee on Adolescent Sexuality recently wrote equating “Transgenderism to a state sponsored religion ”

To give a brief history, Paul R. McHugh M.D. is a psychiatrist from one of the world’s most prestigious medical schools, John Hopkins University (JHU). Before coming to JHU he was a graduate from Harvard Medical School. These days he’s seen in the media parading himself as an expert in the field of sexuality and gender where he writes ‘opinion pieces’ on anti-trans studies. But his studies, specifically on gender & sexuality, are not peer-reviewed and go completely against the whole of the scientific consensus. The term “opinion-pieces” is not a slur, McHugh has often referred to his work as opinion-pieces. To be clear, despite McHugh’s impressive credentials he has little to no clinical or research experience with transgender children nor adults. The only work he has ever published on this topic are meta-studies. These meta-studies (opinion-pieces) are mostly conjectured material that are not factual. McHugh supports his conclusions by pulling from other research studies which have later been found to be misrepresented.

Dr Paul McHugh wrote “I Will Not Be Silenced” after 600 LGBT health experts signed a letter stating that he “does not represent prevailing expert consensus opinion about sexual orientation or gender identity-related research or clinical care.”

In fact, every reputable medical organization in the United States signed a statement pushing back against the pseudoscience that Dr. McHugh pedals when the Trump administration attempted to curtail transgender care on the basis of religious freedom.

"Amazon takes a Stand for equality Tells the GOP no more Junk science Books" can also be read on planet transgender.com

Posted by planet trans at 11:40 AM No comments: