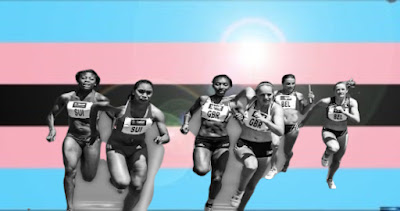 A long-term study in the Netherlands has found that Transgender people are twice as likely to die as their cisgender counterparts.

This begs the question - why did US republicans try to enact over 100 anti-trans bills this session? Most of the bills targeted transgender girls attempting to ban them from participating in interscholastic sports.

The answer will become apparent if you read the Lancet report and the summary as provided by the Swaddle below.

A Netherlands-based study spanning 50 years — from 1972 to 2018 — found that transgender persons faced twice the mortality risks of cis people. Throughout the 50 years, there had been no decrease in the trend, the study found. The research, published last week in The Lancet Diabetes and Endocrinology, studied mortality trends among a cohort of around 4,568 trans people in The Netherlands who visited the gender identity clinic of the Amsterdam University Medical Centre, and who were undergoing gender-affirming hormone therapy.

There were no mortality risks associated with the hormone therapy; instead, factors like cardiovascular disease, suicide, lung cancer, and HIV influenced differing mortality outcomes among trans and cis people. While previous studies had established the difference in mortality rate, what was unknown was how the trend changed over time. Data from the trans people was compared with that of cis people obtained from the Statistics Netherlands (CBS).

This group of endocrinologists did a retrospective cohort study of adult transgender people who visited the gender identity clinic of Amsterdam University Medical Centre in the Netherlands. Data of transgender people who received hormone treatment between 1972 and 2018 were linked to Statistics Netherlands. People were excluded if they used alternating testosterone and oestradiol treatment, if they started treatment younger than age 17 years, or if they had ever used puberty-blockers before gender-affirming hormone treatment. Standardized mortality ratios (SMRs) were calculated using general population mortality rates stratified by age, calendar period, and sex. Cause-specific mortality was also calculated.

This observational study showed an increased mortality risk in transgender people using hormone treatment, regardless of treatment type. This increased mortality risk did not decrease over time. The cause-specific mortality risk because of lung cancer, cardiovascular disease, HIV-related disease, and suicide gives no indication to a specific effect of hormone treatment, but indicates that monitoring, optimizing, and, if necessary, treating medical morbidities and lifestyle factors remain important in transgender health care.

Haters across the USA watched in horror as the North Carolina "HB 2" bathroom bill went down in flames with an exclamation point as a federal court recently ruled that state employees who were discriminated against could sue for damages.

Then came Texas with their attempted bathroom bills in 2017. They failed to get those awful bills enacted because everyone from law enforcement to endocrinologists came out in numbers to fight it.

This year the GOP tried and in some cases enacted laws to ban transgender girls from playing sports despite repeatedly acknowledging that there was no need for it. They would repeatedly attempt to validate their intentions arguing that they weren't hateful or bigoted, by saying "what if" a trans girl wanted to play and refining the target by saying it's only sports.

That argument falls apart when you look at the 50-year cohort study, Cardiovascular disease was found to be the number one cause of death for transgender women. That was followed by lung cancer, HIV-related disease, and suicide all of which are associated with physical inactivity calibrated by gender dysphoria induced by public shaming.

These laws have all been challenged in court leaving them all in suspension until a verdict can be reached. There is a reason why courts have done that. It was fully explained by the Republican sponsors who submitted them. There were no cases of transgender students excelling in sports in their states, as explained by the bill's sponsors over and over again, leaving a single explanation.

Deprive transgender girls to the right to play sports and the morbidity rate for transgender adults stays the same. It wasn't about fairness as the sponsors of the boilerplate bill portended. It has always been about a majority beating down a minority. And in this case, it's white supremacists proactively killing the next generation of transgender people.
Posted by planet trans at 9:28 AM