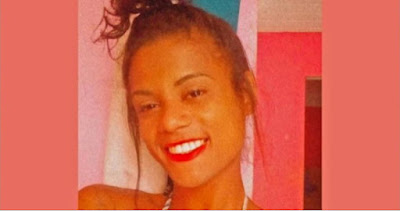 Transgender woman Lara Vinny, was stabbed to death last Saturday (18), in São Luís, Brazil. According to the police, she was killed near the Federal University of Maranhão (UFMA), in the Itaqui-Bacanga area.

Lara was found half-naked and with the murder weapon, a knife, still in her neck

On Twitter, [trans woman] @pepê_poetamarginal wrote about her friend's murder: “They killed my sister Lara viny in front of Ufma. Even when we are in prostitution, as it is the only way to survive for some, they kill us. I always took her down to the dancefloor. Several times we woke up on the ring road, taking care of each other. I love you black. Crying a lot”.

The [trans woman] also complained about the fact that Lara Vinny is being buried in men's attire.

“Damn, the cruel death that viny had is no longer enough, the family is covering her body with men's clothes, we are not respected at any time, not even in life and much less after death”, wrote @pepê_poetamarginal.

According to police information, Lara Vinny was seen arguing with a man who allegedly fled the scene on a motorcycle after the murder. Police officers launched an investigation to try to identify and arrest the suspect.

According to the TransLivesMatter website Lara Vinny is the 19th Brazilian transgender person murdered since the last TDoR on November 20, 2021.
Posted by planet trans at 7:30 AM No comments: 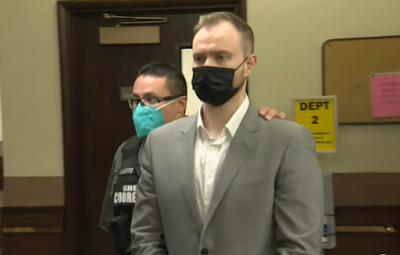 A Vancouver judge sentenced David Bogdanov Thursday to 20 years in prison for the 2019 murder of transgender teen Nikki Kuhnhausen.
Kuhnhausen, 17, was reported missing in June 2019, and a hiker found her skull in the woods near Larch Mountain in eastern Clark County in December 2019. Police arrested Bogdanov days later.
Prosecutors said Bogdanov strangled Kuhnhausen with a cellphone charger cord after learning she was transgender during a sexual encounter in his van.
After dumping her body, Bogdanov booked a one-way flight to Ukraine and called a friend to "get rid" of his car, according to trial testimony. He returned to the U.S. about six weeks later.  Bogdanov’s attorneys claimed he was acting in self-defense and said in court they would appeal the conviction and sentence.
Posted by planet trans at 7:21 AM No comments: