Transfolk just want to 'Give Peeps a Chance'

There is a inane urgency expressed by Gay and hetero Cisgender people to hang a new moniker on transfolks that's more writer friendly, cuter than the longer and more difficult to use respectful adjective "Transgender" .
Whether we like it or not!
Some of our preferred titles shortened from transgender such as 'Transmen' and 'Transwoman' remain unused, languishing in mainstream media and gay bloggers keyboards.

WE have and will continue to demand respect and loudly reject the misogynistic pejorative 'Tranny' as a accepted term in media and society despite cisgender gay peoples insistence we should 'own this' reviled defamatory slur.

Then call us 'Tranpeeps'! This word is universally accepted within the trans community and is commonly used as an endearment usually in times of heightened passions or turmoil. Additionally transpeeps are strong, intelligent sensitive and insoluble in acetone, water, sulfuric acid, and sodium hydroxide! And we are now available year round!

If cisgender folks must use a name other than 'transgender' you may call us transpeeps. It's clearly not misrepresentational since transpeeps does not conjure a mental vision of transgender people being 'fierce hot' or violent over the top parodies of femininity bent on inflicting vigilante justice.

wiki 'People' "The concept of personhood (who is a person within a society) is the fundamental component of any selective concept of people. A distinction is maintained in philosophy and law between the notions "human being", or "man", and "person". The former refers to the species, while the latter refers to a rational agent (see, for example, John Locke's Essay concerning Human Understanding II 27 and Immanuel Kant's Introduction to the Metaphysic of Morals)." 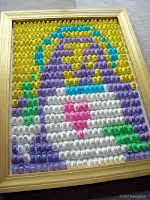 and the meaning of life, and survival. Religion, philosophy, and science show or represent modes and aspects of inquiry which attempt to investigate and understand the nature, behavior, and purpose of people. Sociology, economics, and politics represent modes by which people investigate how to maximize a collective survival strategy."