Ticked Off Tra##ies to be released to coincide with the Transgender Day of Remembrance. Luna's latest sacrilegious impiety intended to injure the living and further desecrate the memory of our transgender dead.

Film director Israel Luna apparently throwing his hands up in disgust after being protested at and turned down by one film festival after another, has opted for a early release, casting his latest failure into the cold November wind, hoping for a place in infamy but in reality simply allowing for it's sad demise along with the other forgettable halloween spook spoofs.

But Luna may never be forgotten or forgiven by the mothers of the murdered children he used to promote this horrendous atrocity. There will be many prayers for the cast during the Transgender Day of Remembrance that they be forgiven for there part in this, Luna's last futile attempt to enrage and humiliate the mothers who's lives were dedicated to loving and caring for their now long gone children.

Luna has taken the gloves off and officially declared what the transgender community has long known. This was confirmed by the releasing company Fangoria Entertainment's president who stated he is thrilled about Luna's choice of a "Halloween Season".

Israel Luna believes that transgender actress Crystal Summers and the rest of the cast of drag queens in his film are freaks and oddities, just disposable Halloween atrocities to laugh at and discard when Dead. Transgender people are just cold meat to Luna and nothing else.

God have mercy on you Israel Luna. 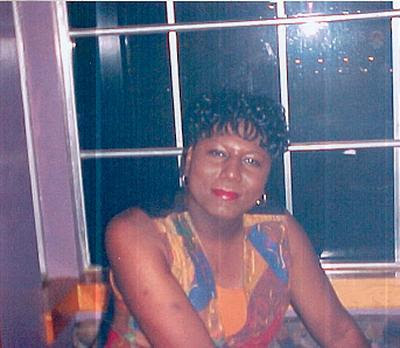 Email ThisBlogThis!Share to TwitterShare to FacebookShare to Pinterest
Labels: TO$WK

Friday Jimmy Fowler of the Fort Worth Weekly fwweekly.com published this article. Below it is my response.

“Humor can be used to challenge and subvert, but this movie fails on both counts. In a society where trans people struggle to be accepted and have their lives viewed as equally valuable, this film does them no service at all. Instead, it perpetuates harmful and negative stereotypes.”

"I haven’t seen Ticked-Off, though I’m a fan of the lurid and the ironic if they’re done well. But just as Q has every right to screen the movie, so do Advocates and Allies have the right to express their concerns with (peaceful) protests. That’s what keeps free expression alive and healthy in America."

You are the only journalist in North Texas to this point, with enough integrity to report fairly on transgender concerns which otherwise would remain unheard because of conflicts of interests with the Dallas Voice's gay readership and sponsors. Thank you!

The Dallas Transgender Advocates are protesting at the Q Cinema presentation of "Ticked Off Tra**nies with knives, but the Sundays protest time has been changed to 2:30pm.

Please blur out at least a couple of letters in the word "Tra**ies" in the future. That is a concession we have won from Luna and many in our community are asking everyone, including myself to adhere to that standard in the future.

It is unfair to categorize the Transgender Advocates and Allies as "ticked off'.

The DTAA is comprised of an incrediably diverse group representing nearly every continent on earth. Many of our members are people of different faiths who do not allow anger to be the guide post to advocacy.

We are not seeking to infringe on anyone's right to freedom of speech.

We will be seeking to educate Q Cinema patrons who are predominantly gay, about the damaging effect that this movie has on transgender people.

There is a misconception among the Gay community. Many feel that because the the inclusion of the T in the acronym LGB gay people have a innate knowledge of and the authority to speak on behalf of the transgender community.

That is simply not true and this misconception manifested itself most recently in this gay film makers mistaken beleive that this movie would actually 'empower' transgender people.

Does TO$WK enable trans people? Nothing could be further from the truth or reality.

The truth is transgender people have been murdered at a rate of over 2 people week for a total of 160 deaths, just for our gender expression, since Luna first introduced in January of 2009 TO$WK under a firestorm of condemnation from the worlds transgender community.

The truth is that the murdered transgender woman that Luna originally used as a advertising ploy in the trailer, Angie Zapata's mother Maria, recently spoke out in horror after learning Israel Luna had used her daughters legacy to promote TO$WK.

The truth is there are thousands more mothers of murdered transgender people who will be enraged after they learn Israel Luna has invoked the memories of there dear departed to sell this horrendous movie.

In fact TO$WK only serves to empower Luna's and his film crew's financial well being.

TO$WK sensationalizes in gratuitous grotesquely sexually suggestive images that the act of murdering transgender woman is the ultimate thrill, thereby enabling those who harbor hatred towards transgender people to act on those impulses which will result in even more transgender woman and men being memorialized and grieved over at the next Transgender Day of Remembrance.

This, my dear Jimmy, is why people of conscious from the Metropolitan Community Church's of north Texas will be standing with there transgender congregants in protest.

This why many gay and straight people who are not religiously active will be standing with us.

I do pray for our gay communities enlightenment that they will cease enabling the murderous behaviour TO$WK portrays by not attending TO$WK.

I do pray that Israel Luna's conscious will demand of him to place the concerns for transgender lives over this shameful grab for fame and wealth and that he removes this movie from distribution.

I hope you will be reporting at our protest Jimmy,

Maria Zapata, whose slain daughter Angie’s image was used in the
film’s initial trailer, also spoke out in opposition to the film.

"This week we found out that there was a film that used Angie’s name and the circumstances around her murder as a way to promote what is supposed to be a funny film. There is nothing funny about Angie’s murder and we are deeply offended that someone would use Angie’s name and memory to promote the film, Ticked-Off Tra**ies With Knives.” Glaad Blog

In case you are not aware of the importance of Angie Zapata life. Angie, beloved daughter and friend to all, was slain in 2008 by a man who later claimed he did so because he was 'surprised' that Angie's genitalia did not match her gender expression.

Allen Andrade's murder trial of Anjie captured the worlds attention because he became the first to fail to escape justice when his "Transpanic" defense was thrown out and his sentencing was more appropriate for someone committing violence against a transgender person under Colorado's new hate crime laws.

But Angie's life and death became much more to the transgender community. Her family was embraced by the worlds loving peoples straight and LGBTQ alike, as a symbol of hope. Her death became a symbolic turning point we felt was "A end to hate." 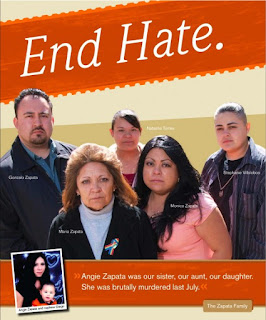 Israel Luna decimated her memory by including her name in the movie "Ticked off trannies with Knives". Luna was successful in igniting a transgender firestorm and the subsequent media attention must have warmed Luna's heart, to a point.

Israel Luna was not prepared for the unabated rage from the transgender community, unmollified by his half hearted and delinquent attempts to remove Angie's name and his refusal to disassociate transgender people from TO$WK as later film festivals the pejorative "trannie" is used with no letters blurred despite promises Luna made otherwise.

The damage had been done. Israel Luna has left a scar on our souls as "TO$WK" retains a prologue dedicating this movie to "those who do not fit in" a refrence to transgender people.

Israel Luna has placed this movie as a tribute, a testimony in the memory of our transgender slain, which to the transgender community is blasphemous.

TO$WK slanders of our community, it cheapens transgender womanhood in it's indulgence of those who delight in violence against woman, gay misogynistic men and heterosexual transphobes by the millions, in gratuitous and disgusting portrays of transgender woman as sex craved, morally deficient and expendable targets of violence.

We transgender people who live in north Texas, the birth place of TO$WK and home to gay misogyny will protest on June 5th and 6th at Q Cinema, Fort Worth and fully intend on showing ourselves as we truly are.

Protest "Ticked Off Tra**ies with knives" (TO$WK) ON for Saturday and Sunday!

160 transgender people murdered for our gender expression since January 2009, when Israel Luna first introduced TO$WK amid a firestorm of transgender condemnation. 160 killers who agreed in thought and deed with Luna's murderous gay lead who shouts gleefully after dismembering a transgender woman "NOW THIS IS EXCITEMENT". Transgender Day of Remembrance

Israel "dedication" of TO$WK to transgender victims makes a mockery of the transgender experience and then he further degrades our existence as he laughs all the way to the bank since RedBox just agreed to distribute it "Before it was even released."

It's time transgender people stand up and expose this movie for the fraud it is.

It will be hot, wear SPF, dress lightly & bring water.

Recently Q Cinema, Fort Worth has announced that it will be screening the movie "Ticked-Off Trannies With Knives" directed by Israel Luna. Billed as comedy/thriller/‘transploitation’, it exploits violence against trans women for cheap laughs.

Humour can be used to challenge and subvert, but this movie fails on both counts. In a society where trans people struggle to be accepted and have their lives viewed as equally valuable, this film does them no service at all. Instead, it perpetuates negative and harmful stereotypes.

Crucially, the movie fails to be funny because of the social context within which trans people live: transphobia is systemic, trans people experience disproportionate levels of violence and discrimination, and each year hundreds are murdered just for being trans. Portraying trans women as murderous vigilantes hunting down their abusers is hardly going to improve understanding about this heavily marginalized group of people.

Those of us who are trans, or who love and respect trans people, won't let this movie go unchallenged.

For background information about "TOTWK" GLAAD Call to Action

Protest facebook page
Posted by planet trans at 10:06 AM No comments: