"Transgender people and our allies should see this as a slap in the face." -Ray Hill Houston Political Icon 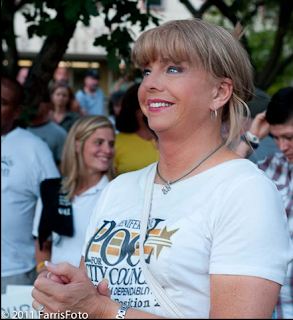 The Endorsement of the Victory Fund is seen by most LGBT people as crucial in a political campaign and its absence would be indicative of a fatally flawed campaign, strategy or politician.

The who, where, why, and what does Sue Lovell have to do with it.

Jenifer Rene Pool, a transgender woman, is running for Houston’s Texas's City Council at Large Position 2 and if she should win it will be a historic achievement. Jenifer Pool would then hold the highest elected position ever achieved by a transgender American. She has the backing of every LGBT organization dedicated to helping campaigns of LGBT Americans except one, The Victory Fund.


What are the Victory Fund qualifications?

To be considered for endorsement, candidates must:

The Houston Area Stonewall Democrats and the group Democracy for Houston.

Also endorsing is the Houston Stonewall Young Democrats who's president Robert Shipman offered this about their endorsement. "We screened four candidates and Jenifer Rene Pool was among the top two. We chose Pool because of her long history of helping and volunteering for the GLBT community, political viability and integrity."

In another phone conversation Houston GLBT Political Caucus president Noel A. Freeman explained that their endorsement of Jenifer Pool was decided through a rigorous interview process including and a comprehensive 48 point questionnaire. Freeman said "As a nonpartisan organization we vet the candidates thoroughly regardless of political affiliation or how they identify within the GLBT community. Jenifer simply is the best person for the job."

Jenifer Pool is a former three (3) term president of the GLBT Political Caucus, where her communication and organizational abilities brought the Caucus to the forefront of community involvement. She is a current board member of the Houston Transgender Unity Committee and recipient of their Lifetime Achievement Award. Jenifer Pool is a steering member and past Co-Chair of the Diversity Committee of the Human Rights Campaign-Houston and a regular DJ on the Queer Voices on Houston's Pacifica Radio.

The Pool Campaign is among the top two for funds raised.

In a phone conversation Jenifer she offered this about her campaign "our campaign slogan is "Integrity and Dependability" and we are proud to stand by that". I asked Jenifer if she was prochoice the only remaining possible reason the Victory Fund would not endorse her and Pool explained "I have been on record for some time being in favor of a woman's right to choose." Jenifer Pools Campaign Manager Clay Sands added "Hands down Jenifer is clearly the most qualified candidate. She has paid her dues on behalf of our community and her actions speak for themselves."

Sadly it turns out it's one of our “own”. 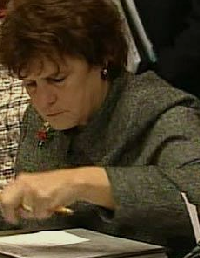 The orchestrating ringleader of the effort against Jenifer Pool's endorsement by the Victory Funds and her defeat is Lesbian Sue Lovell (right) who presently holds the council position Jenifer Pool is campaigning for. Lovell who will not be able to campaign for the council seat again because of term limitations.

It has been said that Sue Lovell is a dirty vindictive politician and is doing these dirty tricks out of spite. Seems her angst dates back to when Jenifer's camp endorsed Obama and Lovell's Hillary Clinton.

"The Victory Fund endorses qualified, committed openly LGBT candidates who can WIN at the ballot box. (Epithesis by the Victory Fund)

Originally I began looking into this when an anonymous source told me Sue Lovell had been heard saying "Jenifer Rene Pool is unelectable". which would be the undeniable proof of Lovell’s alleged anti Transgender campaign. I didn't find anyone willing to be quoted saying they heard Councilwoman Lovell say that, but what I found was far worst. I found a conspiracy against Pool powered by Lesbian transphobic misogynistic Lovell enabled by gay sexist elitism tailored to do one thing, defeat Jenifer Rene Pool.

My conclusions are founded on conversations with Houston's gay and lesbian political leaders and not because I am transgender or because I do want Jenifer to win this historic battle. Those whom I spoke to about this race are people of integrity whose sole focus's is helping campaigns of the most qualified Houstonians regardless of whether the person is Lesbians, Gay, bisexual, Transgender, Intersex or Queer. 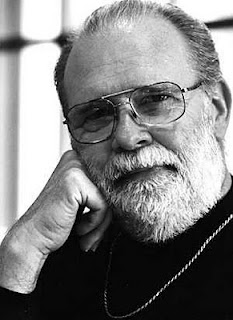 political activist founder and former president of the Houston GLBT caucus Ray Hill (right) who said although he had never heard Lovell say Pool was unelectable "I am sure she said something to that effect to Shawn Werner Director of Campaign Services for the Victory Fund."

In fact Lovell in her zeal to torpedo Pool committed political suicide by endorsing Bolivar Fraga a gay man after the Caucus endorsed Pool. Hill explained why her endorsement of Fraga was so controversial “The strength of the GLBT Caucus is that its members vote for their endorsed politicians which was key in Lovell winning the Council seat three times".

Is Lovell is so opposed to Pool she would work against her own community using her influence garnered by her long association with the Victory Fund? Many think the answer to that question is yes.

Ray Hill elaborated "Sue Lovell is going so far out of her way to support the non-endorsed candidate, a recently out politically unknown gay man who has no history of GLBT volunteer work, transgender people and our allies should see this as a slap in the face".

There is a popular misconception that the Victory Fund does not endorse a LGBT candidate if there are two or more in a race. That is not true.

Endorsement Criteria: Does Victory endorse in races where more than one openly LGBT candidate is running?

"Victory recognizes that sometimes more than one openly LGBT person will seek election to the same office at the same time. In those races, Victory’s political staff will complete a thorough review of the landscape and may endorse a single candidate, make no endorsement or endorse multiple candidates." 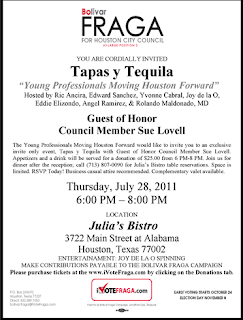 Sue Lovell is splitting up the LGBT community's limited political will using a very attractive articulate gay man's sex appeal to force a bonny brook runoff in November if Pool or Fraga even gets that far! That’s a dirty deed.

I appeal to all of our LGBT community to reject Lovell and examine your hearts. Would you trade your libido for your integrity?

But that’s not true. Lovell spends her publicly paid time and equipment for 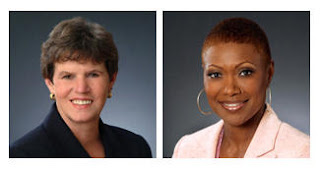 political purposes and it’s not the first time Lovell has fought against a LGBT candidate or singled out a person of color for no other reason than spite.

According to a just published post the Houston Press reports the City of Houston's Inspector General is looking allegations that Sue Lovell has used City computers to promote the man she has recruited to oppose Jenifer Pool, Bolivar Fraga’s political campaign. If convicted Lovell could be found guilty of a Class A misdemeanor. The city's code of ordinances prohibits city officials from using "the official's position or the city's facilities, equipment or supplies for the private gain or advantage of the official or others....".

Back around the bush. 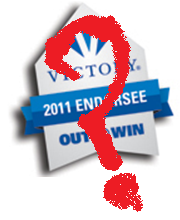 I can go along with that as long as they reconsider and endorse Jenifer Pool. She has every right to expect there backing and if they fail to do so explain why they are not. And so does every citizen in our community.

TAKE ACTION!! The more of us that ask these questions and demand accountability the stronger we become. They cannot ignore ALL us. Do not assume some else is making the call. Just do it!

You can contact the Victory Fund and demand they live up to their own words.
"Endorse qualified, committed openly LGBT candidates who can WIN at the ballot box.

Comment on the Victory Fund on Facebook and write a note tagging them. Bring the conversation to them.

Work for Jenifer! She deserves our support!