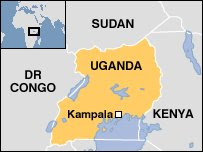 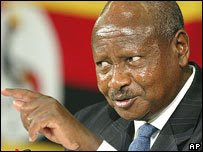 On 4 June 2008, three LGBT human rights defenders were arbitrarily arrested after a group of seven activists from Sexual Minorities Uganda (SMUG) distributed a press release to people attending the HIV/AIDS Implementers’ Meeting at the Imperial Royal Hotel in Kampala. The press release and an accompanying report outlined their organisation’s call for HIV prevention programmes for the LGBT community in Uganda.

The three activists were arrested by police officers at the hotel, including one who was reportedly a participant in the meeting, and as of 4 pm on 4 June 2008 were still being held at Jinja Road Police Station in Kampala for questioning.

Amnesty International condemns the arbitrary arrest of these individuals, and is concerned that they may face harassment and degrading treatment in custody as such practices is common against LGBT people in Ugandan police stations. Amnesty International said that the three activists are prisoners of conscience, detained for their peaceful activism for the rights of LGBT people to treatment and prevention measures for HIV/AIDS, and should be released immediately and unconditionally.

These arbitrary arrests follow the recent arbitrary detention and mistreatment while in custody of two transgender individuals in Kampala. On 20 May 2008, the two were dancing at Capital Pub in Kampala, Uganda, when they were detained by club bouncers, harassed and beaten while being asked whether they were men or women, and “accused” of being homosexuals. The club management of Capital Pub called the police, who detained both individuals for four days at Kabalagala Police station. During their detention, both were repeatedly beaten by police officers, and one was kissed, fondled and forcefully propositioned for sex by other detainees, and stripped and had their genitals groped by a police officer. One of the two was denied medical treatment for diabetes, and allowed only one meal a day. After their release on bond, both individuals were charged with public nuisance, and are currently awaiting trial.

Since their release, both individuals have faced harassment and violent attacks from individuals in their neighbourhood who were informed by police of their gender identity. These started with threats and escalated to a serious violent attack on the night of 3 June in Old Kampala, where a group of youths attacked both individuals. One of the attackers has since been arrested by police. Amnesty International calls for this attack to be investigated and any perpetrators brought to justice through fair trials.