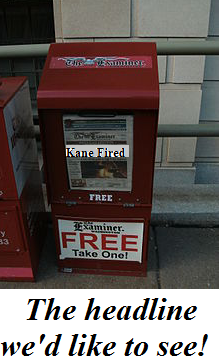 Washington Examiner columnist Gregory Kane recently published article 'Hate crime' justice is no justice at all uses the written word as an act of violence.

I respect the Washington Examiner's right to express its right wing political views. However Kane's article came off the tracks early on from its original argument that the attack was not a hate crime, instead driving down without mercy blow after blow on a woman who was just days prior laying beaten on the floor.

Mr Kane showed his hatred of gender diversity by intentional missgendering the recent beating victim. Kane obviously is aware of transgender sensitivities by purposefully repeating this 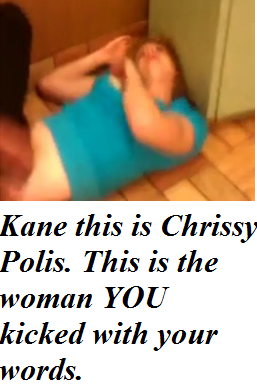 attack on the victim a transgender woman again and again. The same way that her two two attackers did in McDonald's.


There is no crime in hate thought, except what is known to god, that is not expressed as violence. The author of this article clearly stepped over the boundary of thought and crime. What Kane did was to express his hatred of transgender people in writing. What those teenagers did to Chrissy Polis was a hate crime using physical violence.


There is no pardoning Kane's transphobic hatred. He joined those two criminals in the attack with his written word.
Posted by planet trans at 6:42 PM

Thank you for writing this, reading Kane's article boiled my blood.

Kelly thank you for commenting. I was at odds about how to respond to that article. There was no proactive response other than just putting Kane's hate out there for everyone to see.