Washington Blade article: Dear Moms So Sad your Daughter was killed Where the Tranny Whores Hang out 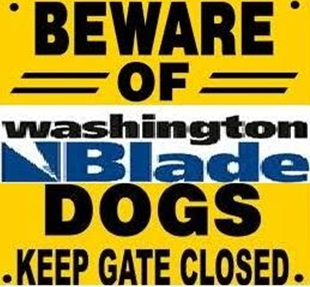 Its been just months ago that I called out the Washington Blade writer Lou Chibbaro Jr for erroneously presenting our opposition to HB235 as being led and organized by transphobic and homophobic hate groups.

The Washington Blades intent was to ignore the local poor transgender community and maliciously stigmatize us "out of state bloggers" as the enemy of equality, undesirable and unworthy. We were the only voice against gay oppression of trans people then and well, he's at it again.

Now they might have just as well called a slain transgender sister a whore in the same article they documented the mourning of her family and mother.

And the DC Trans Coalition is pissed. They are calling for fair minded people to respond with there article Fighting Biased Reporting After Tragedy

"Like many of you, we’re still reeling from last week’s tragic killing of Lashai Mclean. We were then especially appalled when we reviewed The Washington Blade’s coverage of the vigil held in Lashai’s memory, in which the reporter suggests — based on no evidence other than location — that Lashai was engaging in sex work at the time of her death."

They are asking for members to write and call the Washington Blade editor and express your dismay.

Kevin Naff
Editor, The Washington Blade
knaff@washblade.com
Posted by planet trans at 10:06 AM