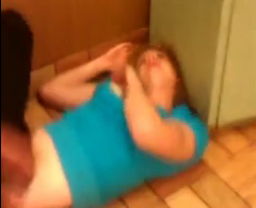 According to the Columbia Patch "the primary aim of the bill is to protect transgendered workers from discrimination and firing because of their sexual identity."

Really, sexual identity? The article references the Chrissy Pollis McDonald's attack as the motivation for the bill.

Chrissy was not covered under McDonald's non discrimination policy had she been a employee there. And theres still nothing in the McDonalds employees handbook educating people about transgender people despite 250,000 people signing a petition asking that McDonalds do so!

Clearly its up to the government to mandate equality.

Possibly as a bone to the opponents a provision would be added allowing employers to determine if transgender people could use a public facility.

"The bill will also contain language dealing with the use of public accommodations, including public restrooms. The language in the bill will allow employers the flexibility to set their own rules on the use of restrooms, Quirk said."

"Public accommodations means any place which holds itself out as inviting the public to utilize its goods and services, whether or not for profit. PUBLIC ACCOMMODATIONS DOES NOT INCLUDE ACCOMMODATIONS THAT ARE DISTINCTLY 8 PRIVATE OR PERSONAL. Click for the PDF of the bill

Presumably this is what would allow employers the option on whether of not to allow trans people into restrooms.

That's not what happened. Transgender people of Maryland rejected that bill.

Once again Equality Maryland AKA Gender Rights Maryland is seeking the easy way Out.