A TERF in Congress is editing OITNB Wiki calling Laverne Cox a man. 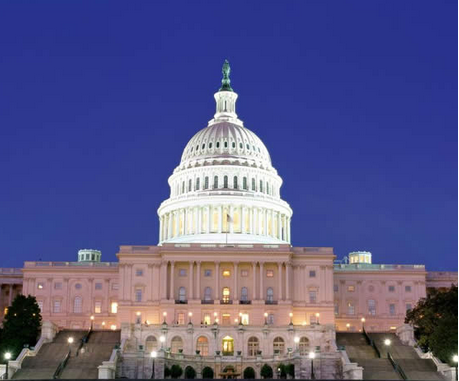 Someone with the IP address 143.231.249.138 which is registered to Congress made this edit to the Orange is The New Black Wikipedia entry:

This was discovered by "Congressional Edits" a twitter account that automatically tracks edits made by Congressional IP addressees.

Someone, ether a Congress person or one of his staffers is engaging in transphobic attacks while being paid by us. The A.V. Club reports that:

143.231.249.138 has been repeatedly blocked for short periods but since his return this week has resumed disruptive edits, including attempts at spreading hate speech, and otherwise vandalizing Wikipedia with typically malicious contributions. Admins must stop pussyfooting around this willful, long-term abuse just because it emanates from the U.S. House of Representatives. That’s all the more reason to take immediate and, for once, “decisive” action.

The Wikipedia user who made the changes to Cox’s page—who at one point in the talk pages claims to be a Congressional staffer working under the explicit permission of his or her boss—has also made a number of similar edits to other pages this week, complaining that these Wikipedia articles are “too pro-trans.”

This article is too pro-trans. When I attempted to add an alternative point of view regarding this topic (to achieve WP:BALANCE) it was reverted right away. The statement was cited with an article by someone notable enough that there is a Wikipedia article about them, so it satisfies WP:N. It's not like I added anecdotal evidence about these individuals calling me a TERF (which is a slur used by these people towards real women); the statement I added was cited and fully compliant with Wikipedia policies.

The Terf, unbelievably defends her edits saying she was specifically authorized by a member of Congress to publish hate speech:


What is your obsession with the users from this shared IP address? I don't know what part of my statements would make you think that I am a man. There's nothing illegal about editing Wikipedia to promote official business that has been explicitly authourized by the Representative. When you have other Representatives trying to push for laws such as ENDA, or when you have the EU using neocolonialist methods to impose transgenderism on the nation of Georgia through a visa agreement, it's all the more important. 143.231.249.138 (talk) 19:58, 18 August 2014 (UTC)