Why are some Detroit News agencies still insulting transgender victims? 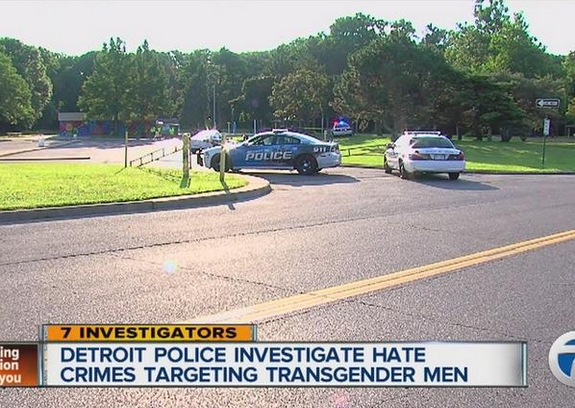 Updated 3:04 8/23/14 Deadline Detroit much to their credit have edited their article to be respectful of gender diversity.

MLive began its coverage of the shooting victims at Detroit Palmer Park as many other sources did, by quoting verbatim police reports resulting in misgendering the transgender victims.
One transgender Detroit advocate told planetransgender that Mlive unlike some other outlets, listened to her and edited their article, not once but twice.

But there remains some news organizations that seem to delight in insulting the injured and deceased by among other things, calling transgender woman, men.

Transgender people experienced this recently in Ohio and only through diligent work by local advocates, and Glaad, the reports were corrected.

These victims deserve the same respect. It appears Fox News has partially edited their article but it remains problematic. The Detroit Fox affiliates video, embedded below, remains on their website despite local advocates informing them of its toxicity.

Steve Neavling, founder of the Motorcity Muckracker, formally of the Detroit Free press, whom the Columbia Journalism Review says is 'possibly the most hated man in Detroit' had this to say:


These assaults have been happening for years, and the Detroit Police Department has been systematically preventing information from being released about it. I've been trying to gain information about attacks on transgender people since the gruesome murder of a transgender woman last winter and the police won't even release a name. Pretty sad.