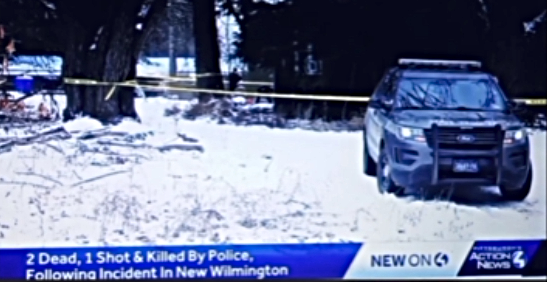 Police shot and killed a man who murdered a 24-year-old hispanic transgender woman in New Wilmington, Pennsylvania on Thursday. The transgender woman was taken to St. Elizabeth hospital in Youngstown where she died state police confirmed.