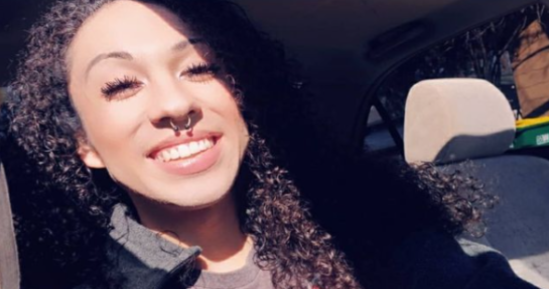 Following that they tweeted a statement deadnaming her despite knowing that she is transgender.

Multiple messages left for Officer Black have not been returned.
We spoke with Dana Rasmussen, treasurer and board member for TransFamily of NWPS, a support group created to serve the transgender community of Northwestern PA.
Dana was horrified that her murder happened so close and equally upset that the state police knew that the victim was transgender yet choose to deadname her.

Knowing that the victim was originally from the Springfield Arkansas area Dana contacted Lisa Stewart President of the Local Transgender Equality Network. Stewart confirmed with Rasmussen that her name was Chyna Carrillo and that she was a transgender woman.

And gorgeous. Chyna Carrillo Instagram pictures clearly show a proud TransLatina woman.
We owe a debt of gratitude to Dana Rasmussen for her dedication and proficient detective work. Thank you Dana. We can now #SayHerName

Police shot and killed a man who murdered a 24-year-old Hispanic transgender woman in New Wilmington, Pennsylvania on Thursday. The transgender woman was taken to St. Elizabeth hospital in Youngstown where she died state police confirmed.