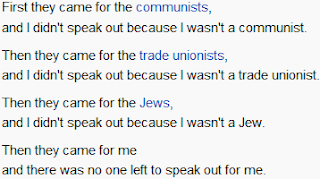 Are you on Facebook or Google+ and using a pseudonym instead of your legal name. Most transgender and transsexual people do and have very valid reasons none of which include malicious intent.

Most of us free to do so online and remain blissfully unaware of any ramifications. 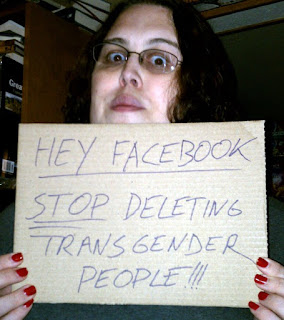 Katie Glover the transgender editor of Frock magazine was deleted Facebook for allegedly using a "Fake" profile. Many ask 'why is we have never heard of this happening before?'

Well, you are hearing about it now! I am outspoken advocate (loudmouth) and have never had a close personal friend who also happens to be my editor deleted before! Maybe as suggested by other transgender people, this has happened before, but the victims just disappeared.

So I asked my friends as a birthday wish to tag me in a facebook with pictures like the one to the right.

Why can't we pretend its not happening? After all I'm still on facebook asks Ima Anione? 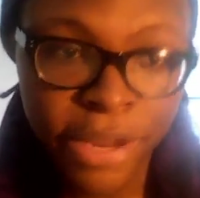 Just like cisgender womankind, transgender woman can be some of the hardest to convince of our vulnerability and the requirement of action.

A timely example of this is TransDIYer's (left) Youtube slamming me for my simple birthday wish while embracing ignorance pandering to those who would embrace her faux brand of populist activism. Just for the record TransDIYer followers, by her own admission, she repeatedly ' trolled on my profile and that is why I banned her.

"I have a hard time believing that this is a a real issue. I hate frivilous BS"- TransDIYer-Youtube rant.

But TransDIYer's screed does beg a valid question, if this is real and not some "friviolious BS" from some attention starved peep why haven't we already heard about it?

No one wants to acknowledge it's happening.

The sad fact is woman both cisgender and transsexuals are equally capable of being dismissively misogynistic and even cruelly inhumane to there own gender. 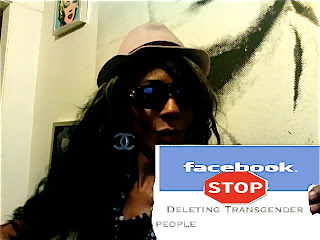 But in truth on a devastating level it is happening now in Sweden where it is law transgender people must me sterilized prior to sexual organ alignment surgery.

Defining "transgender cleansing". Lets further our understanding of ethnic and sexual cleansing to include the ongoing social media cleansing of the gender diverse.

Google plus TOS requires all to requires you "use your full first and last name in a single language." Failure to do so makes you subject to deletion. 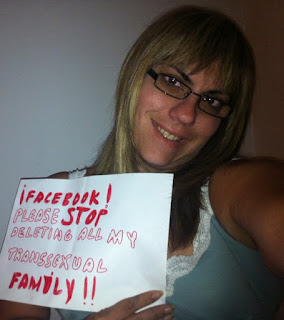 Nowhere do ether TOS state or imply Transgender people may self identify or are exempt from these rules.

Jillian York's excellent article A Case for Pseudonyms explores our marginalization and potential for apparent arbitrary deletion as she writes: "Nevertheless, policies requiring "real" names are nearly impossible to enforce at scale, and as several examples have demonstrated, enforcement tends to be skewed against individuals who are well-known or have enemies, a result of community reporting mechanisms."

So why was Katie Glover's profile deleted at that moment?

Perhaps it happened because she choose to make a social statement and stand up for us? 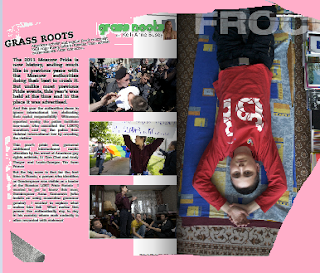 Just prior to her deletion Katie published an in depth interview with Peter Tatchell in FROCK about the injustices being done to the LGBT Moscow Pride participants.

Perhaps my "Grass Roots" interview of Russian gender queer Anno Komarov about his trials as a leader of that same Russian Pride upset the Russian government so much they used their political muscle to push Katie off facebook!

I know the morning Katie sent me the email about her deletion my profile had been suspended for a couple of hours. Maybe facebook was checking me out, however I being a minority among us I enjoy the benefit of using my legal name.

Kelli Anne Busey. Gender: Female. You can look it up.

Fantasy? No, its not. That same thing has happened to me a few years ago. planetransgender was deleted by google after I exposed the correlation between the public revelation of Congressman Barney Franks 10 year rent boy relationship and his first utterance of the transphobic phrase describing transgender people as "men with penis's in the ladies room". It was obvious to me he was using our lives to deflect interest and condemnation of his young prostitute/boyfriend.

And I did piss him and his ilk off!

The only thing that saved planetransgender was a fellow blogger called NG. He asked why enough and one day a few weeks later my blog mysteriously appeared although sans the article about Franks. 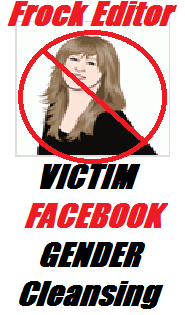 So it happens. You are asking what can I do about it. You are saying to yourself if I remain silent and invisible no one will notice. Maybe like TransDIYer pointed out there are drag queens and nothing has happened to them. Well nothing against drag queens but how many do you know that are making a public statement other than to say hey look at me I got ladies undies on? I know of one or two. They too, like you will be overlooked until the time when "there is no one else for them to come for."


So, Facebook and Google are not transgender inclusive. What can we do?

For one you can talk about it. Whether you agree or not our conversation elevates our concerns to cisgender ears. And you can be proactive:

There is a reason 40,000 people have joined the NCTE cause Tell Facebook to recognize transgender people. Many of those who joined that cause are aware of the consequences should if we continue not being allowed to self identify.

Working on Facebook is not a answer to this problem, They just ignore you. 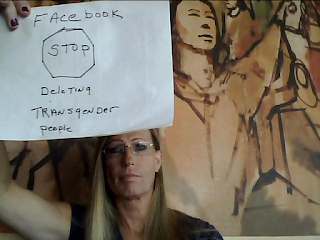 I started a facebook event eventually leading to the creation of TransAction ConVergence calling on Facebook to Include Transgender in Profile Options". We eventually had over 20,000 participants and I was sure we would be considered in the changes they were initiating at that time. They ignored us and as you can tell by clicking the plancast link the event is no longer available for viewing. I did not cancel it and unlike all the other previous TransAction ConVergence events, it was not archived.

Believe this! Gender cleansing on social media is real, its happening and we must stop it.
Posted by planet trans at 3:04 PM

Again with the 'cleansing'! That term was invented to make discrimination sound like a positive thing. Stop using the opposition's terms!

Just once in a while something good from the german government...
http://www.huffingtonpost.com/2012/12/18/facebook-germany-fake-names_n_2323413.html

I just stumbled upon your blog and wanted to say that I have really enjoyed reading your blog posts. Any way I'll be subscribing to your feed and I hope you post again soon.A fantastic presentation. Very open and informative.You have beautifully presented your thought in this blog post. social name