LONESTAR 92.5 BO AND JIM TRANSGENDER CHILDREN like BOBBY ARE PEOPLE TOO! 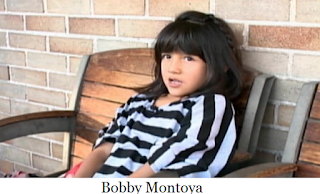 This letter should never have been needed to be written and probably would not have been had Bo and Jim Morning DJs at 92.5 Lonestar taken me up on my offer a number of weeks ago. I offered to help them understand a little more about transgender people after inadvertently listening to there show one morning and becoming upset about there obvious ignorance about gender diversity.

But the Bo and Jim show is one of those that even a radical transgender activist like myself finds hard to get overly upset about. Normally that is. Usually one of the DJ's plays bad boy approaching the line of decency in a lovable good ole southern boy style and at some point stepping over it just to be dragged back by his counter part. Its a tired old schtick but no harm no foul, right?

But this time the brunt of there humor that morning was a 7 year old transgender girl. A girl who they were already aware was in tears because a local Girl Scout leader had refused her membership and Tammye Nash editor of the Dallas Voice heard you. Tammye's natural maternal instincts kicked in and she sent a you a email.

But unlike my effort weeks ago when you ignored my outreach you acknowledged her, even apologising to her.

Bo and Jim you acted despicably and your apology needs to be made on the air to Bobby the girl you 'jokingly' said would have to endure a life of broken noses and missing teeth because of her gender expression.


Bo and Jim I can tell you as a transgender woman who has been left unconscious a number of times after being beaten for my gender expression Its No Joke. I can also tell you its been four years since I legally changed my gender marker and up until three months ago I subsisted on under 9k a year. And my new full time job? I have had to endure incredible hatred during the first few weeks and that Bo and Jim IS NO JOKE.

Anyways, an apology isn't even whats really needed here. You would do well to become personally acquainted with us and when you do you will probably feel more paternal towards our community's children as well. Its only natural for two Texas men. I will let stand my offer to talk to you too on the air. I hope this time you will take me up on it.

Cross posted from the Dallas Transgender Advocates and Allies

Email ThisBlogThis!Share to TwitterShare to FacebookShare to Pinterest
Labels: Bo and Jim 92.5, Transphobia in Media