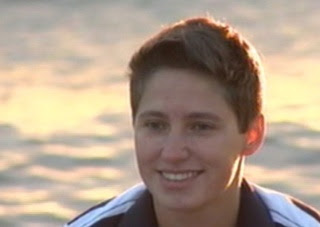 The following press release is the sanitized terse legalistic statement issued by the Mona Shores superintendent who defended his actions that resulted in a stolen election, a homecoming king dethroned and a disenfranchised student body. The Statement did not comment on the moral issues not taken into account in this travesty of democracy.

According to the WoodTV article that accompanies the video (right top) the dethroned transman Oakleigh Marshall, was grateful that the School will allow him to dress in a tux. I think he shows incredible class in being thankful for being allowed to wear clothes!

FOR IMMEDIATE RELEASE
Mona Shores Public Schools:
Statement To The Media:
Norton Shores, MI—September 27, 2010— Superintendent of Schools
Terry L. Babbitt shared today that Mona Shores High School has earned a
long-standing and well-deserved reputation for providing a safe, secure,
and nurturing environment for all students. Past and present students, staff,
and administrators all share in the credit for building this proud legacy.

Superintendent Babbitt pointed out High School Administrators were
guided by district legal counsel last week when conducting and carrying
out 2010 Homecoming activities. Superintendent Babbitt further shared
this is not the first time HS administrators have had to turn to legal counsel
for guidance this school year. The district respectfully obtained a formal
legal opinion from school district counsel early last month to guide
building and district actions this school year.

Superintendent Babbitt said the district will continue to follow district legal
counsel when dealing with additional questions that arise in the future.

Did the superintendent Babbitt consider how this action might influence the students as they integrate into society? After being victims of this stolen election will these students value the democratic electoral proccess? Or would now morality and ethic's become secondary to winning should one of these students become embroiled in a political race? Would now it become acceptable to win no matter what the means?

In the minds of these young people becoming the winner may now entail being the one who commits the most grievous underhanded tricks. It may now seem justifiable to steal votes or just plain over the top invalidation of electoral results even if that entailed violence and declaring themselves the winner?

The links on the facebook page and other media recommends contacting the school paper and the local media to voice a opinion. None of these have any mention of this incident.

I will contact Mr Babbitt by phone and email these two contacts in hopes of impressing on them the magnitude of this disservice.

Direct all other inquiries related to discrimination to:

In national elections, successful electoral fraud can have the effect of a coup d'état or corruption of democracy. In a narrow election a small amount of fraud may be enough to change the result. If the result is not affected, fraud can still have a damaging effect if not punished, as it can reduce voters' confidence in democracy. Even the perception of fraud can be damaging as it makes people less inclined to accept election results. This can lead to the breakdown of democracy and the establishment of a dictatorship.
Electoral fraud is not limited to political polls and can happen in any election where the potential gain is worth the risk for the cheater; as in elections for labor union officials, student councils, sports judging, and the awarding of merit to books, films, music or television programmes.

The subsequent interview is with a empathetic well meaning student who's unintentional misgendering of Oak is indicative of the long way that West Michigan has to go to catchup in equality in this state where the assistant AG blogs intimidation and false accusations towards a gay university student body president.

Email ThisBlogThis!Share to TwitterShare to FacebookShare to Pinterest
Labels: Mona Shores, Oak is my King

The emphasis on 'legal advice' tells me that lawyers may have been afraid of some sort of lawsuit by parents of the runner-up had the original result stood.