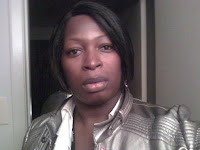 Sandy Rawls the director of Trans-United announced on her facebook profile that her group has withdrawn its support of Equality Maryland's transgender 'equality' bill minus public accommodations.

Morgan Meneses-Sheets executive director of Equality Maryland which was instrumental in getting HB235 written without public accommodations quickly commented on Trans-United withdrawal of support.

Being that Equality Marryland has invested extraordinary resources in promoting and representing HB235 as a trans supported effort I assume Meneses-Sheets was somehow hoping to reinvent memories of the cataclysmic Cambridge Maryland racial riots of the 1960's which were ignited because of similar incrementalism.

Whats more, these are strange words coming from someones who's group EQMD blocks Marylanders if they should question their commitment to racial diversity as happened on February 8th to Transgender journalist Danna LaRocca!

Equality Maryland contention that it pursues a goodwill transgender inclusive agenda is a lie.

Former transgender Equality Maryland board member Laura Hart who quit with Dana Beyer in protest of gay peoples non support of transgender issues had this to say when questioned why she left:

"I quit the board mainly because, with my 2 years of volunteering on the United ENDA Coalition, I was totally disgusted that ENDA was left to die while DADT repeal consumed all available political capital the gay community had. I simply do not believe in an LGBT movement. There is a gay movement and a trans movement. You could say that the gay movement is our best allie and I said that is very sadly true. The gay movement has always sold us out and always will. I think the only reason they want the T to be included is to control the message to further their own ends."

As to Equality Maryland contention all transgender people made well informed desisions regarding their initial support of HB234 Laura says:

"There was a statement I read early on in this controversy which stated that the trans community was consulted and agreed to dropping public accommodations. I was on that phonecon and I can tell you they took the phonecon out of context. The call took place within days of the end of the legislative session in 2009. We were told that if we did not remove public accommodations, the bill was dead. If we did, we had a fighting but only outside chance of getting it to move. We were told that if it died in 2009 then 2010 will be an election year, 2011 will be all about marriage equality and they would not come back for GI anti-discrimination until 2012, 2013, maybe even 2015. In the hope of getting something done in 2009, we agreed. I doubt the decision would be the same if we had any idea that accepting this, under short term duress, would result in a permanent ceiling on what we would ever fight to enact."

And what does the future hold if these misconceptions were held as truth? Luara explains:

So what compromises are we going have forced on us this year and will the result of these compromises result in a bill being passed? If I was a betting person I would be willing to bet that GI anti-discrimination has already been sold out in the Maryland State Senate for the sake of marriage equality. To the best of my knowledge, there isn't even a Senate bill yet. It will be New Hampshire 2.0. Even before session began, there was word that the marriage bill would not be filibustered. What was given up to get that deal?

Trans-United now joins with TransMaryLand in non support of this bill.

Transgender Marylanders are becoming aware of this potential tragedy and are speaking up. We NOT ONE STATE will not accept a bill that allows us legal protections in the work place but not public accommodations. This bill was in effect telling us we can work for you, but we can't use your bathroom.

Equality Maryland now stands alone to meet the public outrage without any Maryland transgender groups support for HB235 as written.
Posted by planet trans at 7:03 AM

What can be said about an organization that backs out at the last-minute? Nothing good, I'm afraid. When opposing a bill, one should consider just what it is one is opposing; discrimination toward one of us is discrimination toward all of us. The LGBT movement will never be cohesive until it is about inclusiveness toward all; to toss Trans folks out like yesterday's old newspapers is inhuman and incomprehensible. Shame on Trans-United and shame on TransMaryland.

Cajun2daMax said...
"What can be said about an organization that backs out at the last-minute?"

A whole lot of good things if they are;

1. listening to there members and allowing there will to shape it's agenda.

2. If they make that 'last minute' decision is not to support a bill designed "to toss Trans folks out like yesterday's old newspapers"

3. you said "LGBT movement will never be cohesive until it is about inclusiveness toward all."

The LGBT is not now or has it ever been "cohesive". For the immoral part of the Gay community, which there are people of that caliber as any other part of society, it is a relationship based balanced on potential gains vs potential incrimination.

KUDO's to Transmarryland AND Trans-United.

If someone is wrong they make it right regardless of what minute it happens to be.

The last I look a ball game won in the last minutes, was still a win. Fro TransMaryland and Trans-United to pull their support from a bill that offers virtually nothing of what it is touted to be is not what is causing this rift taking place. Both the above mentioned orgs are listening to their membership and looking at the bill itself rather then listening to those sponsoring a bad bill that in reality offers nothing not even the incremental protections they say it offers.

God I so wanted to take today off from all this but then read this and the frustration of the inequality we in the Trans community face at the hands of the Cis GLB community gets the better of me. this is not a BLG vs T issue it is a Cis vs Trans issue. The Cis-GLB does not begin to understand because they have forgotten, not because they don't know. They have forgotten that we Trans were there at the beginning of the fight for equality. We stood by them as they gained rights we still do not have. We applauded them for each and every win, even when that win came at our expense. It is the Cis-GLB that has thrown the Trans under the bus not the Trans who have thrown the Cis-GLB under the bus. Cis-GLB has their basic rights to public facilities, We trans fought with them to insure they had them. All we are asking now is for our basic human rights and we are thrown a bone that is worthless, that has nothing but ridicule on it. I amnot an advocate of the T splitting from the GLB. There are to many of the members of the T who are GLB as well as T. What I do advocate however is that if the current TGLB orgs out there wish to be of help to the T they find room inside their orgs for people who are T so they can have a true balance of T issues, so they can better understand what being T is all about.

There's something to what you say Cajun2daMax but it doesn't apply in this case. Equality Maryland was not forthcoming to Sandy (or anyone else) about this bill.

Trans-United did not "back out at the last minute." Sandy's public support of the bill lasted for maybe five days. She went to Annapolis on Monday and came back with a better understanding. I don't fault her for that. I applaud her.

Here in Baltimore we understand what happened because of Sandy's unique positioning between political insiders and the most marginalized people in our community. Sandy truly "get's it." So we're going to just keep forging friendships of the kind that the lobbyists will never understand. Yesterday I talked to three trans leaders from three distinct and separate ethnicities and lifestyles and all three agree that Sandy did the right thing and nobody faulted her.

I hope that Cajun2daMax is simply operating under a misunderstanding of what Trans-United's and TransMaryland's position means - particularly in relation to the double-talk and anti-substance undergirfing the fake-inclusivity of Free State Just Us (d/b/a/ 'Equality' Maryland).

I encourage Cajun (and everyone else) to read this post.

Why are you calling it the "Bathroom-Less" bill. That is playing right into the Christian Right hate mongering.
The bill does not has protection for "Public Accommodation" which means that we cannot we cannot go to restaurants, hotels, nightclubs, banks, grocery stores or any other public place. It is not about bathrooms, it is about being able to go out in public. That is where we should focus our message. By focusing on restrooms you are making the case for our foes and using their rhetoric.