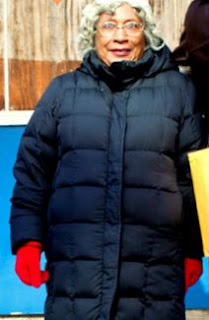 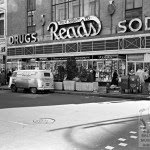 On this podcast of The Marc Steiner Show Hicks talks about why Maryland students 55 years ago committed this civil disobedience and why the preservation of this memory is so important.

housed in so to preserve our memory of this struggle that allowed almost every minority to live as first class citizens.

Today Maryland students are still engaged in the battle for public accommodations. They are asking their state legislators to remember the lessons learned decades ago with blood:

"The 'Gender Expression Non-discrimination Act' bill being introduced into the Maryland house of delegates this session has a serious issue. An issue so big that, if passed, could put full trans equality in the state out of reach for *years*."

"The bill lacks public accommodations protections while providing housing, employment, and credit protections. What this means in practical terms is that trans people can still get thrown out of restaurants, domestic violence shelters, forced off of buses, really most anything."

"Imagine the civil rights act of 1964 without protections in restaurants, bathrooms, buses, etc."

"And if the bill DOES pass without public accommodations, then that protection will be nearly impossible to get because any attempt to bring it to the floor will be met with 'Bathroom bill' and basically get laughed out of committee." 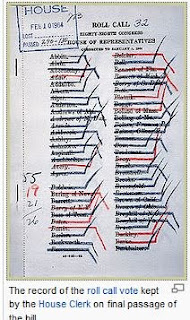 In a recent conversation with Morgan Meneses-Sheets, Executive Director of Equality Maryland
she incredulously harrumphed when I asked her what reality would be like now if public accommodations had not been included in the civil rights acts.

Yet amazingly she is persisting in promoting Maryland HB235 a transgender "equality" bill without public accommodations.

HB235 is resurrecting the concept of humanity that those who voted against that legislation in 1964 believed in. They believed that people of color, as transphobes do today, could work for them and support their business but that they could not share in their public spaces. 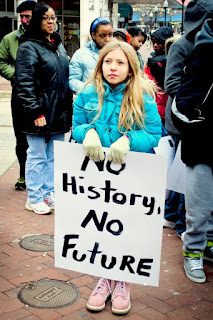 Maryland students understand, why can't Morgan Meneses-Sheets?
Posted by planet trans at 7:40 AM

The struggle at Read’s drug store in the 1950’s took place about two miles from Equality Maryland headquarters according to my map of Baltimore injustice. Last night at Equality Maryland’s headquarters I mentioned a race riot that had taken place in that neighborhood in 1962. I encountered blank stares when I talked about the crowd of white men who descended on Cross and Leadenhall Streets throwing rocks and bottles. But that’s where we were then and it is very similar to where we are now.

Equality Maryland apologists are young and perhaps never sat at a lunch counter where black folk were not welcome. But I’m old enough to remember needing to carry a membership card to the swimming pool. The card meant I was white but I didn’t understand that at the time.

Even some of the older folk at Equality Maryland seem to think that access for African Americans to public accommodations started with the civil rights act of 1964. It didn’t, access was incremental. Baltimore City’s swimming pools had been integrated since 1956 after a decision by the 4th Circuit Court of Appeals. The riot that occurred practically outside Equality Maryland’s doors in 1962 was over the city run Riverside pool. Congressman Elijah Cummings was injured at the pool by a broken bottle but the violence spread away from the pools and into the neighborhoods. Integration was being hotly contested by violence in South Baltimore in spite of the law.

My purpose in pointing that out last night was against Equality Maryland’s mantra that because Maryland’s public accommodations laws don’t allow lawsuits that they are somehow insignificant or not worth fighting for. Despite the inability to sue the freedom fighters continued resistance until the battle was won. But even lacking teeth it would be a rare occurrence indeed if an African American were not served today at a Baltimore lunch counter. Some of those present thought I was trying to paint the group of over twenty white people as racist. Not at all. I was merely observing the color of the canvas and wondering why it was so pale.

One of the women suggested that even current civil rights protections are meaningless to the class of girls who work “the stroll.” I found the notion that because they are black or poor that they are somehow incapable of demanding their civil rights to be particularly foolish. First it is not true. The underclass is more equipped to avail themselves of help from the city than most of us. But beyond that is speaks to a plantation mentality that cannot continue to go unchallenged. And it won’t.

All of this happens behind the backdrop of a lack of support for a flawed Gender Identity Anti-Discrimination bill.

Equality Maryland must learn to have a sincere appreciation of voices outside the “effete corps of impudent snobs” as Spiro Agnew used to chastise bourgeois liberals. I would suggest that they replace the voices of that class with that of the middle and marginal classes that truly represent the people.

Failing that they will lose.