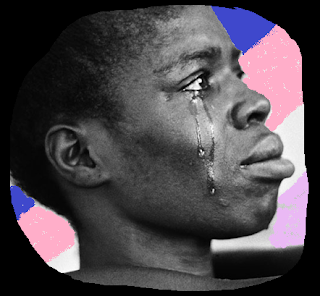 As we all know now a Kansas City Transgender woman Dee Dee Pearson was murdered on Christmas eve.

I would wager that after having sex with a transgender woman this 'man' killed her to preserve his 'macho' image. I will also contest his defense which undoubtedly will revolve around the vile and discredited 'Trans Panic' plea.

According to The Kansas City Anti-Violence Project (KCAVP) there will be a public memorial for Dee Dee Pearson today Thursday December 29th hosted by Alvin Brooks at her apartment on East 43rd St. at 6pm.

In July, the National Coalition of Anti-Violence Programs (NCAVP) released its report Hate Violence Against Lesbian, Gay, Bisexual, Transgender, Queer and HIV-Affected Communities in the United States in 2010.

In 2010, NCAVP documented 27 anti-LGBTQ murders nationwide, the second highest yearly total ever recorded by the Coalition. Transgender women made up 44% of the reported hate murders in 2010, while representing only 11% of total survivors and victims.

RIP Dee Dee you are loved and will be missed.
Posted by planet trans at 9:27 AM

I pray for the day when people will accept people for who they are, whoever they may be. Your death will not have been in vain...