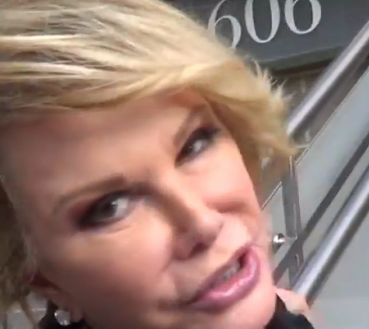 
UK Express: The 81-year-old - who hit headlines this week after officiating a gay marriage at her book signing in New York - made the shocking claim during an impromptu interview with a journalist yesterday.

When asked if she thought the US might get their first gay or female president in the future, she replied: "We already have that with Obama. You know Michelle is a trans."

By calling Mrs. Obama transgender Rivers inadvertently acknowledges that she is a powerful, strong willed woman unafraid to buck trends and speak her mind. But to Rivers saying Michelle is transgender is the ultimate put down, that is how a bigoted mind works.

I'd like to thank Rivers for elevating our community by associating us with this amazing woman and offer my sympathies to her for having a weak and hateful soul.