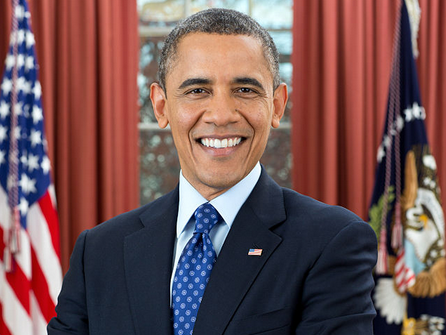 At 6:49 pm July 18th 2014 The White House emailed advance notice of a historic advancement for transgender rights stating that "On Monday morning, the President will sign an Executive Order to protect LGBT employees from workplace discrimination."

With a stroke of Mr. Obama's pen transgender will have the same protections that gay people have enjoyed for decades,

Source NY Times "Mr. Obama warned last month that he was prepared to act on his own to extend the protections because the drive in Congress for a national anti-bias law to cover nearly all employers, a bill known as the Employment Nondiscrimination Act, had stalled."

"In extending the new protections, Mr. Obama is building on two longstanding executive orders. He is adding sexual orientation and gender identity to the list of protections that apply to federal contractors and that were approved by President Lyndon B. Johnson in 1965. And he is adding gender identity as a protected category to a 1969 directive by President Richard M. Nixon that applies to federal employees, which was later amended by President Bill Clinton to include sexual orientation."

Religious groups that have contracts with the federal government already have a limited exemption from existing anti-bias rules, based on a 2002 executive order by President George W. Bush. That directive allows them to factor their religious beliefs in their employment decisions.

The directive will not change under the new rule. Michael Wear, who led the religious outreach during Mr. Obama’s re-election campaign and had joined calls for a religious exemption, said he was “encouraged” by that move.

Mr. Wear said the new order provided “a path for the administration to both advance protections for L.G.B.T. Americans and continue to respect the religious identity (sic biggots) of organizations serving our nation in partnership with the federal government.”

But some groups wanted Mr. Obama to go further to protect religious groups in carving out an exception. One example of such protections would allow a Catholic charity that believes sex outside heterosexual marriage is a sin to keep its government financing if it declined to hire a gay man.