Seattle transgender attack being investigated as a hate crime 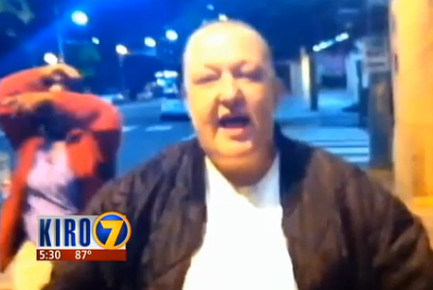 Seattle police are looking for Marjorie Marple, pictured left, for her role in an alleged attack on a Seattle women she by all accounts, assumed was transgender.

The police said the attack became a hate crime when they started using slurs aimed at her gender expression and perceived sexual orientation.

KIRO TV Sgt. Sean Whitcomb of the Seattle Police Department said the suspects became more aggressive when they thought the victim was transgender.
"They upped their behavior. They aggravated their behavior and started name calling and getting physically aggressive," said Whitcomb.