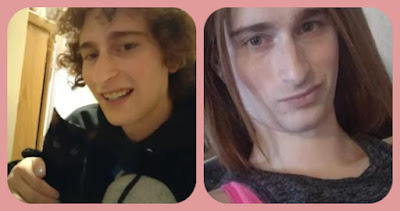 26-year-old transgender woman Jo Acker was shot Monday morning at a Boise Idaho Mall where she worked when she ran towards a man shooting mall patrons.
The mass shooting would have been worse according to her sister, who said protecting others came naturally to her.
Acker’s sister tells 11 News she had an enormous heart of gold and would do anything for anybody no matter what. “Confronting someone whom she viewed to be a threat to others or a bully was entirely within her character even prior to enlisting,” said Tiffany Luna, Jo Acker’s oldest sister.
Previously Jo Acker served as a forward observer in the US Army.
Boise Police responded Monday just after 2 p.m. to reports of gunfire and at least one person wounded at Boise Towne Square. When officers arrived, they encountered a person matching the description of the shooting suspect and an exchange of gunfire followed, according to Boise Police Chief Ryan Lee.
The incident left three dead including the shooting suspect, Boise Police announced Tuesday. Five others were injured.

Luna says there has been an outpouring of support and messages the family has received about the impacts Acker had on them.
“We have had people messaging us to tell us how she helped them, how she saved them, and we are so thankful for the love and support we are receiving.”
Acker’s oldest sister says she would want everyone to remember to choose love and to not make this tragic incident about something else. She says Acker would want people to focus on telling those that you love how much you love and care about them because you never know if you will get another chance to do so.

Acker has a 3-year-old daughter, 5 sisters, and a step-brother.

A verified GoFundMe has been set up by Karyn Kennedy, one of her older sisters to help with funeral expenses and to help set up a bright future for Everay, the daughter left behind.

Rest In Peace Jo Acker.
Posted by planet trans at 6:42 AM