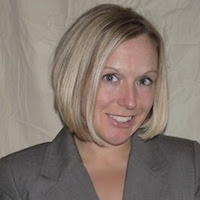 I just finished a call with Morgan Meneses-Sheets executive director of Equality Maryland, pictured left. This was one exhausting and frustrating hour beginning with a conversation and ending in argument.

She will not be convinced Maryland's HB235 without public accommodations provisions is a bad thing. She stated that transgender people can gain equality incrementally

comparing our need to use facilities of human necessity to the incremental want to move from civil unions to full marriage equality.

Published today a article by Dana LaRocca at Baltimore OUTLoud that puts things into perspective.

"Gloria Richardson’s role in the struggle for black equality is a story of conscience. In the 1960’s white liberals and self-proclaimed leaders crafted a bill leaving her county, Dorchester, exempt from laws banning discrimination in public places. Gloria Richardson organized an adult run affiliate of the Student Nonviolent Coordinating Committee; the Cambridge Nonviolent Action Committee (CNAC).


At stake was a referendum that if passed would have ended discrimination in public accommodations in Cambridge, Maryland. Ms. Richardson and CNAC agreed that such discrimination was wrong; what they did not concede was the right of a handful of liberals and youth activists to put their civil rights up for auction. In a counterintuitive move she went door to door telling her neighbors and friends not to vote.

The referendum failed. The Cambridge riots took their place in that grand stratagem known as the civil rights movement.

In 1961 Ambassador Adam Malick Sow of the Republic of Chad was denied service at a restaurant as he traveled through Maryland to meet President Kennedy. Nine incidents involving African diplomats had recently embarrassed Maryland and angered the international community. Compromise in the General Assembly left eleven counties untouched by public accommodations legislation.

Black citizens were not consulted in making the back room deal. Some black incrementalists, as they were called then, were pushed in front of the camera in a sixties version of spin control.

See the rest of the best of this article at baltimoreoutloud.com

Personally I believe that there are many parallels to be drawn most importantly is that political expediency motivates incrementalism. This was the case in Cambridge forty years ago and is the driving force behind EQMD support of HB235 now.
Posted by planet trans at 10:50 AM

I don’t understand why they want to argue. There is no point on their side to argue. The correct response from EQMD is simple. They need to say that they made a terrible big mistake and they are going to do everything in their power to put public accommodations back in the bill.

Barring this they will never have rest from the kind of outrage that is growing. Two weeks ago it was a handful of displeased voices. Now it has spread to the nation. It will only grow unless they choose to do the right thing.

Again the LGB folks want to throw os trans folk under the bus!!! Why am I am not surprised!! Too many times I have been told by LGB folks that we trans folk are not real!!

I consider myself a lesbian, but many times I have been told at lesbian spaces that I do not belong and I am post-op!! They still think I am a man pretending to be a woman!! I think it ios time for us trans folk to take our ball and go home!!! We are not making progress with then, so why not try by ourselves!! It couldn't be worse!! Trans-power!!!!