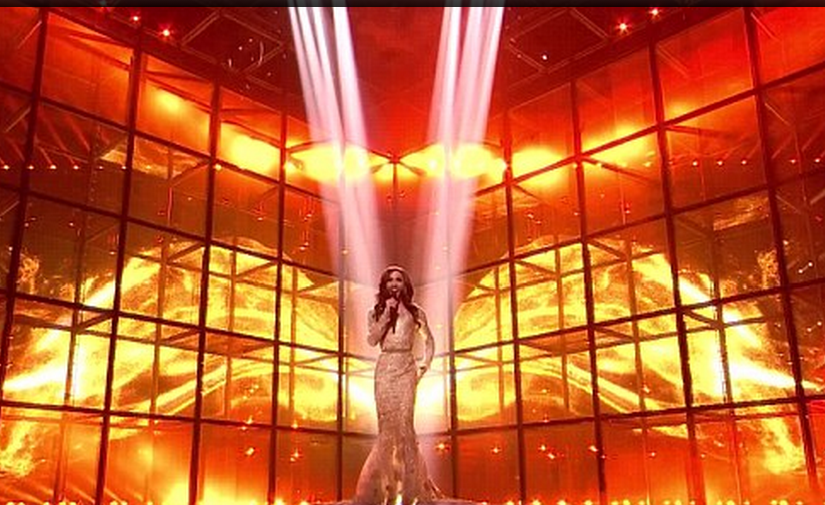 Such a tribute to gender diversity and acceptance as never seen before as the talented by Conchita Wurst won the Eurovision Song Contest 2014 with a score of 290. Ms Wurst has recently become an object hate for the Russian legislator (reads Putin's Puppets) who wrote the county's draconian propaganda law.

Conchita simply thanked him for the attention and that she disn't care what they thought.

I can't think of a more spectacular way for the west to show we care about acceptance of gender diverse peoples. That a a rocking good songstress! CONGRATULATIONS CONCHITA!!

Here she is in todays win. This is a win for the entire free world!