The outrage over the BBC publishing a transphobic article promoting lies about us burns deeply within our souls. A number of spontaneous protests have popped up across the UK but for the most part, those actions have gone unreported. 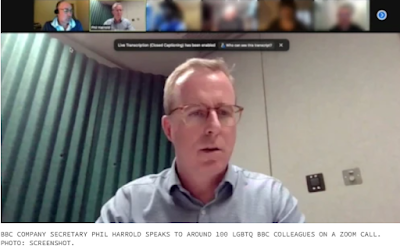 Vice: LGBTQ Employees Are Quitting the BBC Because They Say It’s Transphobic. - VICE World News received a leaked recording of a heated “listening session” for LGBTQ BBC staff, and heard from ex-employees about why they have left the UK’s national broadcaster.

One thing we can all agree on is that we need a response that will be impossible to ignore. Historically Britain has spread hate for us through colonialism across the globe, causing untold misery and violence against our tiny and previously powerless minority.

We must make it clear to the BBC that we will stand for this no more.

A Transgender protest of the BBC has been Scheduled for Saturday, January 8th, 2022. This will allow for proper planning and media coverage. Will you join us?