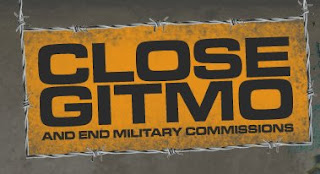 Within hours of taking office, President Obama took the important first step to close Guantánamo: halting the unconstitutional military commissions by ordering the prosecution to seek a 120-day suspension.

It’s the first step in what we hope will be a series of bold measures to free America from the civil liberties outrages and human rights abuses of the Bush era.

The pundits and political experts told the ACLU we should “hold our horses” -- that it wouldn’t be right to expect swift action from Obama. You and half a million ACLU supporters didn’t listen to them -- and neither did our new President!

Sign the ACLU’s “Thanks for acting on Day One” message to President Obama.