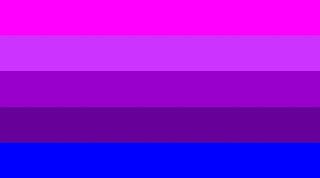 TransOhio Blog on what it is like to be born transgender and living in the Transgender oasis of Columbus in the middle of Ohio.

"Ohio is one of only three states in the United States that does not allow the gender marker on an individuals birth certificate to be changed—a key document for obtaining other legal documents, such as a marriage license. Idaho and Tennessee are the other two."

The said truth is the same life destroying effect that Ohioans suffer from this states refusal to amend or reissue birth certificates are felt interstate and and even globally.
It had become a matter of extreme contention at my job over this discrepancy after Human Resources called after being notified by the Social Security Administration that the person they were filing SS tax on was male, not female.
I was born in Cleveland Ohio and have been unsuccessful at amending my birth certificate and will not be allowed by the SSA to change my gender marker until that time.
Last week my first line supervisor finished a humiliating phone call which I ended after he said, "well why don't you quit and we can rehire you as a man." (Its a grand gosip topic in the office now) Wow. What a twit.
Now the jackals have grasped this perceived weakness as an opportunity to threaten my pay on a daily basis, the buzz word is suspension. Daily.
The state of Texas issued a court order which the DMV could not deny that required them to change my name and gender marker on my CDL which I depend on to make a living.
If my employer decides to fire me for being a legal citizen I will take them to court and hopefully own their prize real estate abutting Walmart in Lowell Arkansas.
In the mean while. Yeah. Losing a job for a transgender person can be a death sentence.

Also found on
The Other Paper

shrink on the couch said...


Did you have to make this request on your own? Or is this a statewide decree?

(I'm surprised Texas isn't one of the states that refuses to change the birth certificate).

I asked for the state of Texas for a name and gender marker change to more accurately reflect my identity. Believe it or not(never believe anyone who starts a sentence like that) Dallas is a forward looking progressive city. Who would have thought? We just met with the city managers on there request, so they could know us and make the city homeless shelter compliant with the cities non discrimination ordinances. I was amazed by the city employees. They are awesome and we look forward to seeing the outcome!

Contrary to the image that Texas has of being a GOP bastion, Texas historically has been and many of its cities such as Austin, Dallas and Houston are PROGRESSIVE.

The only Southern senator to vote for the 1964 and 1965 Civil Rights acts was Texas' Ralph Yarborough.