Transgender and Gay Ordinance in Kalamazoo under Attack 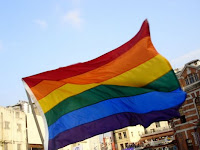 Kalamazoo's new Gay and Transgender city ordinances are being challenged and the Kalamazoo Alliance says your Help is Needed to Keep the new Equal Rights Ordinance in Kalamazoo.

"Join us at City Hall on Monday, January 12 at 6pm for the City Commission Meeting on the second floor of City Hall."

"But a petition drive spearheaded by the American Family Association of Michigan collected more than enough signatures in the 20 days after the new ordinance language became effective to bring the issue back to the commission and potentially to a public vote."

"Regardless of the action commissioners take Monday night, the expanded protections will not be enforceable, at least in the short term, says City Attorney Clyde Robinson."

A direct vote in May could decide whether Kalamazoo will remain the 17th Michigan city to extend human rights to Gay, Lesbian and Transgender people.