"Instant Tea" dallasvoice.com/instant-tea, the "Official blog of the Dallas Voice" a weekly paper which describes it's self correctly as the "Voice of the Dallas Gay and Lesbians" has with out remorse willfully and with malintent ignored the straight, gay, lesbian and Transgender people who have written "Instant Tea" and attemped to explain why the word "Tranny" is hurtful. To add injury to pain the blog "Instant Tea" like "Focus on the Family" both capitalize gleefully on this pain and suffering resulting in hate filled ephialtes being used to headline movie productions by segment producers for the DVTV (Dallas Voice TV).
Whether segment producer Israel Luna is producing a movie titled TICKED OFF TRANNIES WITH KNIFES for the Dallas Voice or not, is inconsequential. The damage by association is unavoidable and can not be reasoned or explained away.

I live my life as I must. I am a transgender woman. I do not meet all physical stereotypical expectations of our current society in presenting as a cisgender woman. I am a regional truck driver who lives in the deep south where 9 out of 10 radio stations are 24 hour religious broadcasts funded by the AFA, a mouthpiece for focus on the family. I spend many nights alone in a thin aluminum box, vulnerable, as I did last night, sleeping in my truck in a extremly filthy truck stop operated and patronized by people who for generations have been saturated daily by radio, print and hate inspired ministers.

When transgender and GLB people are beaten to an within an inch of their lives or murdered it is because the Dallas Voices Official Weblog "Instant Tea" and Donald E. Wildmon of the AFA have promoted Homophobia and Transphobia.

Justifying this behaviour, be it quoting hand picked misinterpreted bible quotes, monetary greed or simply a low self image momentarily sedated by INSTANT attention, are in reality just outlets for expressing hate.

Hate is like water. It flows easily to the lowest point.

"fag," "faggot," "dyke," "homo," "sodomite," "queen," "she-male," "he-she," "it," "tranny" and similar epithets.
The criteria for using these derogatory terms should be the same as those applied to hate words for other groups: they should not be used except in a direct quote that reveals the bias of the person quoted. So that such words are not given credibility in the media, it is preferred that reporters say, "The person used a derogatory word for a lesbian, gay, bisexual or transgender person."

I was blessed by a minister when I finally gave into a friend's insistence to come to a church one Sunday. I was curious, this Church with a very odd name seemed very important to my friends. The friend is ST8 and the minister is gay. My life was forever changed that day. The change does not happen over night but gradually day by day I am amazed by love. I now and forever will be a disciple of Christ. I do not allow hate to limit and set the parameters of my life. 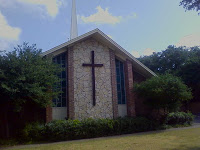 I work for Love and and Love defines who I am.
Love and Hate are human emotions. It is a human ability to define each.
My place of worship "Agape MCC Ft Worth Texas" Agape is an ancient word, one of the first which was used to describe Christianity. It's translation is as it was and forever will be "No Greater Love".

Thanks for the great posts. http://tinyurl.com/y8rzyy9