Russian Murdered Reporter's Co Writers : We can not fear "But you just have to write, write, write and keep writing. You have to." 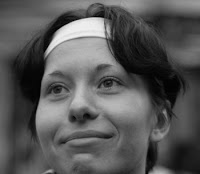 "We are not afraid"

"The killers have no fear because they know they will not be punished. But neither are their victims afraid, because when you defend others you cease to fear."

Russia's sole surviving investigative newspaper Novaya Gazeta. or New Newspaper, has lost 4 reporters of the 16 murdered execution style or who have died in suspicious circumstances, in a country where prosecutors refuse to present evidence, since 2000.

"In the latest killing, it appears lawyer Stanislav Markelov, who specialized in defending Chechens, environmentalists and human rights activists, was the primary target and Baburova may have been killed after she tried to intervene."
"That journalist was Anastasia Baburova, a 25-year-old cub reporter. She and a human rights lawyer were shot execution-style by a masked man with a silenced pistol as they walked together a few blocks from the Kremlin."

"Every two or three years, we lose someone," says Elena Kostyuchenko, a 21-year-old investigative writer for the paper. "But you just have to write, write, write and keep writing. You have to."
Novaya Gazeta.

By kelli Busey
Febuary 01, 2009
planetransgender
Posted by planet trans at 2:10 AM