Where are there transgender Churches in Dallas?

I have become aware that many people who visit planetransgender who are on a spiritual journey.

The inquiry, "Where are there transgender Churches in the Dallas Fort Worth Area (DFW)".

I will answer with questions and answers! First remember Gay Friendly Churches in Dallas Texas does not say "transgender friendly", since we are the change we want.

On the 23rd of August I become a member of Trinity Metropolitan Church, Arlington Texas. Words on this page can not do justice to

the faith and fellowship that overflows our little church. I am living and growing in the grace of Trinity. I hope you may also find this abundance in your life.

If you need of a place of spiritual reparation as I am, some days I attend
Agape MCC in Fort Worth Texas. Agape offers communion with Christ in spirit and soul with open arms. The uniqueness of the strong southern Baptist flavour, country passion, Buddhist, Wicken, Pentecostal, Methodist, Evangelical, Episcopal (et) and a all Saints all ministers of the word communion leaves me with spiritual wellness. Remember Saints we are all ministers of the word of God. Go in peace.

MCC of Greater Dallas
has wonderful Pastoral leadership and attended by many of my transgender friends and family. You would need to attend every Sunday not to miss the diversity of worship.

Pathways, Southlake TX. I just happened to be there the Sunday that Transgender people were included in the Church's mission statement. Rev. Anthony Lorenzen (Rev. Tony) is one of the original faith leaders to join Dallas Transgender Advocates and Allies (DTAA). As a matter of fact he brought his entire congregation. Awesome validation when we were very young.

Since I am an impassioned advocate of inclusion of all people in the word of God I wander weekly. Some Churches are Gay, some straight, but all are Churches in states of transition who are leaving or joining GLBT welcoming and affirming ministry.. In movement. In Change.

Northaven United Methodist Church proclaims it's self fully inclusive and welcoming. In my Sundays their I was among many GLB brothers and sisters who belong to the RMN but my experience is, bring your coat of transgender advocacy, you may very well need it that Sunday.
I am a huge believer in the Methodist faith. It is the third largest denomination in the country and has many past presidents in it's membership. Inside the Methodist people is one common drive, to do no harm. That belief allows within it's very Methodist structure a OPEN dialogue.

So now I a lay person authors with the finest minds in theology on the Reconciling Ministries Blog. That's right. Me a lay radical transgender left wing nut. Welcome.

The Universalist Unitarian faith is a full on motor of change. We have the First Unitarian Church of Dallas which was the first UU Church to become a LGBT welcoming congregation in the UU federation. I found this out by meeting Rev. Dr. Daniel Chesney Kanter at the National Freedom to Marry Day Dallas Texas Feb. 12 where he officiated the wedding. I asked Pastor Kanter what was it that brought him there. He said a email, just a email. During the ceremony in which he pronounced the couple Woman and Woman he acknowledged that within this joining was an understanding of the meaning and value of marriage, something some cisgender couples of opposite sex's have demonstrated to be unknowlegable of.

I have currently worshiped once, unannounced, at the St. Vincents Fort Worth which serves as the Cathedral of the Episcopal diocese of Fort Worth. Having been baptized and raised Episcopalian I was extremely apprehensive as I am clearly a transgender woman in a very Orthodox Episcopalian service. I was immediately welcomed and throughout the services felt the holy spirit in my soul. After partaking in Communion I departed with a very warm invitation to return by The Rev. Canon John W. Jordan.
However with the departure of the Ft Worth Episcopal Dioceses from the American Episcopal Church, to the Southern Cone because of perceived irreconcilable differences over the installment of Bishop Robinson, a openly gay man, and " other differences", and if you are not inclined to be a loving advocate in a potentialy divisive religious institution I would suggest visiting St Thomas The Doubter of Dallas Tx.

Don’t overlook the great videos of The Episcopal Church on YouTube: http://www.facebook.com/l/;www.youtube.com/TECtube

Join the growing numbers who are telling their stories by uploading a personal video on IamEpiscopalian: http://www.facebook.com/l/;www.iamepiscopalian.org/

It is a stalwart of Episcopal inclusive theology. Some would argue that it is progressive. I am curious, If Jesus proclaimed himself radically inclusive, Jesus is also very progressive. In my humble opinion St. Thomas is a good transgender Sunday destination. Again remember you may be called as a transgender person to be especially loving here.

planetransgender religious links that will wow you! And may contain that one Church you connect with. I am always looking for more(just curious;).

The Institute for Welcoming Resources

[1a]Reparation is a Roman Catholic theological concept that humans are creatures who have fallen from an original state of justice in which they were created, and that through the Incarnation, Passion, and Death of Jesus, they have been redeemed and restored again in a certain degree to the original ...
en.wikipedia.org/wiki/Reparation_(Catholic_Church)

[1b]Reparation is an album by Reggae musician Eddy Grant 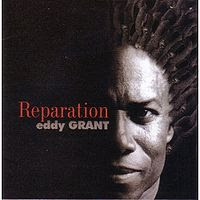 . The title of this album is a call for restitution for the transatlantic slave trade

[1c]A payment of time, effort or money to undue past transgression(s); The act of renewing, restoring, etc. ...
en.wiktionary.org/wiki/Reparation

Cathedral of hope in Dallas is the largest LGBT Church in the world, but it is also much, much more. Located in the 'gayborhood' transgender people may attend one and all in peace.

shrink on the couch said...

Now these are the churches Jesus founded!

A significant church that was left out of the gay friendly category is the Center for Spiritual Living, Dallas, on Spring Valley near Inwood. It is affiliated with Science of Mind, aka Religious Science. The Reverend Petra Weldes officiates. Being a straight member, I'm not aware of it's Transgender friendliness, though I've seen a couple of the male members "dress up" on occasion, and know of one female to male transgender member who got great support from the church community while in the process of his change. There may be others, but a healthy respect for privacy seems to be ingrained in the congregation. It would not surprise me too much to find that some women I know there may have once been males.