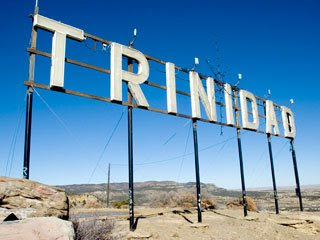 Marci Bowers life and it's positive impact on a small western Colorado town has softly influenced residents perception of transgender people. Found high above the plains, Trinidad's tight knit community might have been perceived by most people as inaccessible physically if not also socially.

Many local residents now would offer a different opinion.

At one time the town's hospital was in jeopardy of becoming insolvent. The only large medical facility within hundreds of mile it's presence is invaluable. When Doctor Bowers began conducting SRS or Sexual Reassignment Surgery, the town met the new development with mixed reactions. Some where indifferent and some not knowing how to respond, highly critical. Soon however the reality that Dr. Bowers is a surgeon of high regard who's practice is bringing much needed revenue became readily apparent and appreciated.

Doctor Bowers positive effect is much more than surgical. Austin Texas is grateful for her contributions as this Docudrama benefited one of the premier Texas advocacy groups, Austin "TRINIDAD" Screening to Benefit (TENT) Transgender Education Network of Texas offers a real life look into transgender people, in both successes and failure. Real Humans. Real Life.

What has been transpiring across this mighty nation became slowly apparent in Trinidad Colorado. People first afraid, influenced with preconceptions painted by ignorance fueled by misinformation by transphobic groups slowly is being replaced with pride. Pride to be a center of courage. Pride to be unafraid to be different. Proud of there nabiours and the their local transgender affiliation.

What better way than a pilgrimage to Trinidad? The Saga continues.