Barney Frank, Agrees With Mass Gov. Patrick and The AFA: SRS is Elective 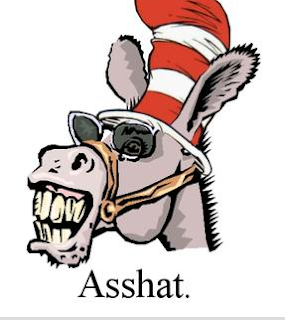 There are no more dangerous of an enemy than the one you once considered a ally and none so more to transgender people than gay congressman Barney Frank.

This is the man who inadvertently outed himself as a true ally to the Brian Fisher of the American Family Association(AFA) with his men in woman's showers with penises meme when he killed the inclusive ENDA in 2008.

Now this asshat is at it again, and who could possibly be this gay millionaires target this time? The Massachusetts transgender community? No he's already insured his states transgender people will forever be at risk in public places with the help of Sellout Gunner Scott of the MTPC.

No, now Frank is using his ignorance/hatred of transgender people/the law to voice his uneducated opinion that convicted transgender murderer Michelle Kosilek should not be allowed medical care ruled necessary  under the 8th Amendment by a District Court judge because she is a inmate.
What is  Franks rational for coming out against the Constitution, once again siding with the AFA  and against Sexual Reassignment Surgery(SRS)?

He does not believe his state's taxpayers should have to pay for the sexual reassignment surgery for convicts framing it as elective as opposed to what it truly is, a medical necessity.

Frank said   'There are other medical procedures that are denied to convicted murderers,' said Frank who believes Kosilek should find another way to pay for the operation.

As pointed out by Zoe Ellen Brain in the comments of the Metro Weekly article:

"According to Frank, Kosilek should seek other means to pay for the surgery rather than taxpayer dollars."

She offered to pay for it herself in 1993, Barney. She's been trying that for nearly 20 years now.
Prisoners aren't allowed to do that. They get no say in what treatment is deemed adequate. The State decides that for them, based on medical advice - and pays for only the minimum necessary. Prisoners aren't permitted to upgrade their treatment from "adequate" to "better".

It it's deemed necessary - the state is obliged to pay for it, because of the 8th amendment. If not, treatment is forbidden. That comment about "seeking alternate means to pay" is either deeply ignorant or disgustingly cynical.

The Gay Lesbian Advocates and Defenders voiced a similar opinion


"The opposition to Kosilek is discrimination. 'Constitutional rights belong to everyone, even the least loved, least popular people among us,' says the group's Transgender Rights Project director Jennifer Levi. 'Prisoners have a right to necessary medical care, and this is indisputably medical care, as the very strong district court decision established.'


Is this a final strike against transgender people by Asshat supreme Frank? I have one question. When will Barney Frank just go away? Do us a favor and make it soon, please.

Most all of the people I respect in the trans blogosphere voice similar but toned down less agree more objective intelligent opinions.

I'm just tired of that Barny Frank but like him now that he's a lame duck, I voice my opinion without reservation.

Barney Frank you are no friend of trans people. Go away already.