Growing Up Trans in Arkansas: Friends Film, a Story of Hope

From the beginning of her video it quickly became obvious to me Ali and I have a lot more in common than just both being trans, despite our age differences. Ali's furtive glances tell some things haven't changed in the forty years since I grew up in rural America.

Ali and Joesph, a gay High School student both live in rural deep south America. Both have bravely come out and are raising funds for a movie called Friend Film , two unique stories of growing up in small town America. This being a transgender blog I wanted to focus on Ali and was graciously granted this interview by her.

When I and my contemporaries were youth it was long before the Internet. I had heard of a story of a far off Oz like land where a "man had become a woman" but to even consider myself as special, would have been thought ridiculous not just by my family who called me a fag, but to myself. I had came to believe what I was hearing all those years, that I was of little value. Ali's story and those of us who grew up decades before are amazingly similar.

Kelli: Ali, you grew up in the Internet age. Where you allowed to visit trans friendly web sites? If so what was it like living fully aware of your gender yet being denied your right to express it?

Ali: "Well, honestly, I never really got on the Internet much growing up. When I did, it was playing computer games. I didn't start getting on the Internet until I was in 9th grade. And even then I didn't really go to trans friendly websites because I wasn't really aware of them."

"To answer the second part of this question, it was very frustrating and depressing. I went through major depression because I couldn't freely be myself. Here I was knowing who I was but I could not show it much outside of home. Sometimes not even at home."

Kelli: Did you have friends who knew and accepted you for your true self?

Ali: "I had a best friend that I grew up with that knew and accepted me. Most of the friends I’ve made since them don’t know. Before They just assume that I’m gay. Currently I have several friends now who know and love and support and accept me."

Kelli: Have you been able to talk to your parents about being trans and if so at what age? What were their reactions?

Ali: "Since the age of 3 I've been calling myself a girl, so my family already knew something was up. I didn’t know what was going on with me, I just knew I was a girl. 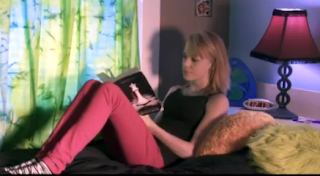 After we discovered that I’m trans, my nana became my biggest supporter. My mom struggled with it a lot but is doing a lot
better now.

Kelli: You mentioned you had been called pejoratives because you were forced to present as male growing up. We have that in common as well. Words can hurt. It’s probably one of the toughest parts of being trans. I know it was frustrating for you, so how you did to endure the taunts?

Ali: "I’m not a fighter, I’m a very quiet and shy person. So when someone would call me derogatory names, I would just sit there and try to ignore it as best I could. I never lashed out at them in fear they would hit me. 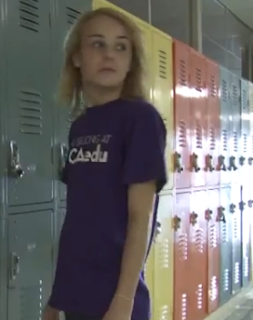 Sometimes I would just go cry in my room when I got home. I would also talk to my mom, nana, and friends about it but my friends would say “well, that’s the price you have to pay for being trans” and my mom and nana would help me feel better as best they could."

Kelli: Being from Texas I used to do business in Arkansas and found it in comparison to north Texas, medieval in their views towards LGBT people. Do you have any plans on returning to Arkansas when you graduate College? If you do please be careful.

Kelli: What are your thoughts on our efforts to be removed from the DSM?

Ali: "Even though there are benefits, such as therapy, for trans people being in the DSM, I am glad that there are efforts being put forth to get trans people removed from it. Being trans is not a disorder. You are born with it. You can’t get “fixed” by medication. It’s just not possible."

Kelli: Ali, you are a young advocate and trans youth will be able to identify with you. What would you like to say to those younger trans youth still living in the closet?

Ali: "First I would like to say, Be who YOU are, not who you’re told to be. With that being said, be yourself. Coming out is your own choice. Don’t let anyone make the decision for you. If you do come decide to come out, please be careful because not everyone is supportive and accepting.

Also, if you do decide to come out, know that I’m supporting you."

Thank you Ali for all you are and will do. You already are a great success.

We can help give Ali and Joesph with moral and monetary support they so deserve. They need to be fully funded by November 8th. Please give generously to Friend Film

Hello, I just discovered your important and informative blog this evening. I am not transgender but I am proud to be a ally. I am writing to seek guidance. This might sound ridiculous. I sure hope not though. I have twin 2 1/2 year old boys. One is very masculine. The other is the antithesis of masculine. He LOVES princesses, tutus, doll houses, dancing, makeup, etc. etc. Both my boys are just beautiful, healthy, and so smart. I am writing in hopes that you can steer me towards a website, blog, community or whatever! that can help guide a Mommy who loves her dear boy so much and wants to best support him. He is so young, I do not really know at this point if he is transgender, gay, or ??? but given his penchant for everything girlie and his movement and speech is quite feminine. I guess I am just a loving Mommy desperate to do the right thing for my beautiful little boy. I have found blogs of Mom's of trans children but I think it could be immensely valuable to get advice from those who have lived it. Am I over reacting or am I being a supportive Mommy? I often feel like my dear little one is my daughter with a penis. I greatly appreciate your time and input and thank you again for your informative blog.
On a tangent: Having recently become more familiarized with the transgender community, I am in in awe of the strength and perseverance I have been reading about. :) We (boring ;) heterosexual straight people have so much to learn from a community that has endured so much and is finally slowly but surely gaining much deserved and very belated acceptance. :)

Sweetpea you are an amazing parent dear soul, thank you for connecting here. Your children are so fortunate to have you in their lives.
Reading your comment it seems to me you would like to have personal conversations with parents with like experiences. PFLAG has local chapters country wide. I just checked out my zip code and found 5 chapters in the Dallas Fort Worth area. I hope this helps!