US Census: Transgender People To Be Counted In 2020 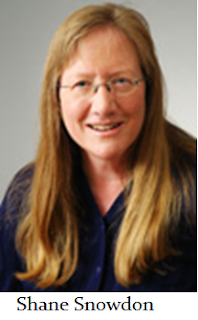 Once we've been counted we can't be discounted.

The US Census Board Announcement  indicating a willingness to acknowledge transgender people exist comes as welcome surprise but we can't take for granted that the procedure that will be established will ask the right questions. But how much of a focus will be put on trans issues?

...when I was an NRFU Enumerator, also in 2010, I was told to write down what people anwsered, with no questions. Are they going to start counting people who are androgyous and crossdressers, people who are in the closet, as well as one's who are out? and how about someone like me who just went all the way? This could be harder than it sounds..

All of the media reports to date I have seen regarding this announcement make scant mention of transgender population (just the T at the tail of LGBT)  instead focusing mainly on gay couples concerns.

Shane Snowdon  the only LGBT community member announced is the HRC Director, Health & Aging Program and the 2005 Transgender Law Center Community Ally Award  recipient.
Posted by planet trans at 9:19 AM

Email ThisBlogThis!Share to TwitterShare to FacebookShare to Pinterest
Labels: US Census 2020

Quite interesting and different post.. Keep posting..Stay blessed!!
Transportation from and to PHL airport