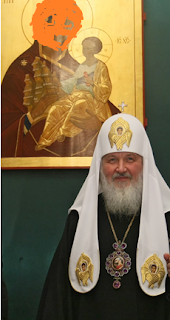 It really hadn't occurred to me just how much our international "Coming Out" day bothers some people. In Russia a particularly gruesome attack sanctioned and inspired by the official church of the state occurred on Coming Out day.

Much like the coordinated al-Qaeda attacks on American Embassies this past 9/11 the attack on the mainly female patrons of the 7freeday club  on October 11th was meant to do one thing.

The Russian Orthodox Terrorists  wanted to spread uncontrollable panic and fear among our peoples just like al-Qaeda intended on 9/11.

The world stood with the American people after 9/11 as we are doing now with our Russian LGBT family on 10/11.

The St. Petersburg organization "Coming Out" offered the following statement:(please excuse my translation)


Statement "Out" of the attack on the LGBT event in Moscow

October 11, the International Day of coming out - open and voluntary recognition of a person to belong to a sexual minority or gender - unknown smashed 7freeday club in Moscow and injured several people. The attackers were armed with pistols and traumatic Boomstick.
LGBT organization "Coming Out" extends its sympathy to the victims and is ready to support the Moscow human rights defenders, tracking the progress of the crime. This attack shows what risks today are LGBT as open about their sexual orientation and gender identity, and visitors LGBT clubs. The growing violence and aggression - a direct consequence of homophobic legislation, to take in the country.
Despite the fact that Moscow odious "antigeysky" the law has not been adopted, the results of the discussion were not long in coming.
In the case of homophobic attacks or transfobnogo Petersburg residents can apply not only to the police, but in the legal department of the "output": 8 (812) 313-93-69.

I just want to know will the Russian government condemn this act of religiously inspired violence and pursue the perpetrators with as much enthusiasm as it did when apprehending and incarcerating Pussy Riot for praying?


"Never before in my life, have I experienced such horror,” Elias Regul, who witnessed the gang ransacking the club and called the police, told the Moscow News. Regul and his friend were talking outside the club, when at about 9:25 p.m. they heard the sounds of a fleeing crowd. “It happened very quickly, in a closed space,” Regul said. “It dawned on me, that they are coming to kill us.”

To put into context the difference between the physical attack suffered by the 7freeday patrons and the actions of Pussy Riot I have included the latest interview of Pussy Riot member Yekaterina Samutsevich who was recently released from confinement.