Çağla Joker 21, shot in her heart, cried out to her best friend, Nalan, who tried to help and was stabbed in the back. The April 22 attack, considered a hate crime by most, is the latest in an ongoing onslaught on Turkey's transgender community.

Other transgender friends also heard her cry from her living room window. They came running but all they could do was cry and carry her lifeless body to the ambulance after attendees refused to. 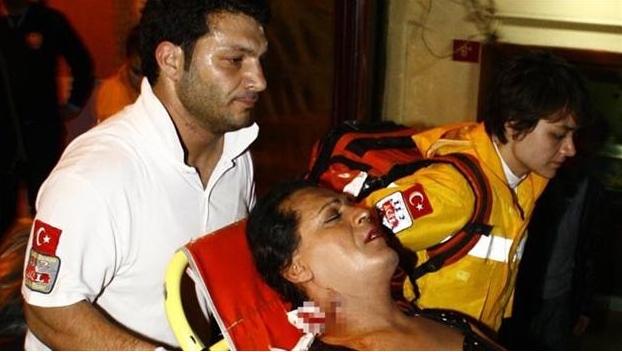 Video captured two youth running from the crime scene in Istanbul’s Tarlabaşı neighborhood towards Istiklal Street. The police arrested two suspects, one a 17-year-old has reportedly confessed saying he shot her because she is transgender.

“They did not want to touch the dead body of our friend, we carried her”

Attitude of the police and health staff came as no surprise: “The police came and did not do anything. Just looked around a bit. They did not even question anyone properly. And the ambulance did not want to carry our friend. We took her down the apartment on our own.” 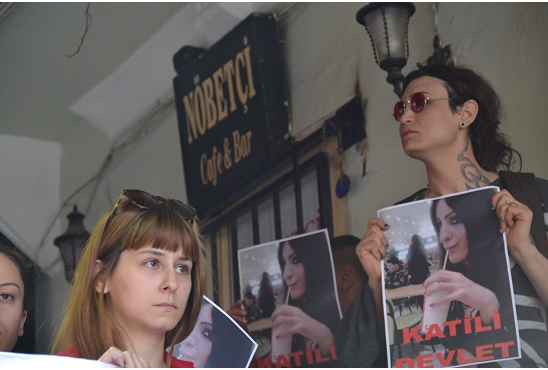 Protesters carrying signs which say state killers. The Turkish government has driven the LGBT population to the fringes of society with unrelenting persecution.

One person commented that the only way to end this will be solidarity. No truer thing has ever been said.

Translation: LGBTI News Turkey
Posted by planet trans at 8:31 AM