Last night in the Lumberton ISD in a surprise move reinstated transgender teacher Laura Jane Klug. Although it was expected that Ms, Klug would keep her job the quick response by the board was unexpected. Firing her for her transgender status would have left the ISD open for an EEOC complaint and a possible lawsuit.

Roughly half of the people commenting spoke in support at thestanding room only meeting. Laura had told planetransgneder yesterday  that she was amazed by the heartfelt response from her town and the states LGBT community. 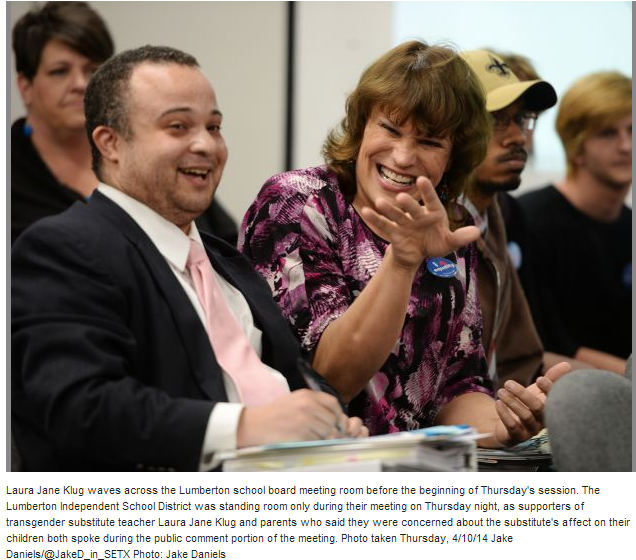 Laura told planetransgender this morning  "I was so exhausted by the time the word was delivered to me that it didn't fully sink in."

The Board went in to an extended executive session after the regular meeting had ended.
Ms. Klug wasn't told the good news untill the early am after they had ajourned.