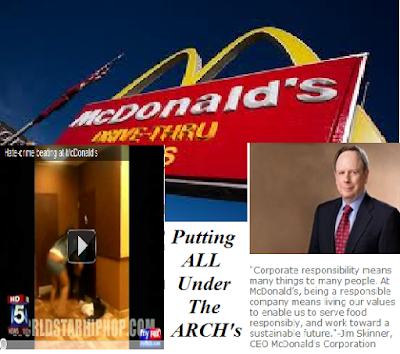 McDonald's response in the first few days has remained basically the same despite ignoring over 150,000 petition signers calling on them to incorporate diversity training. 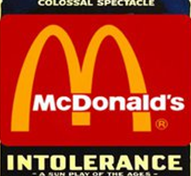 There are some who are organizing worldwide sit ins Against Violence, and Intolerance Under The Golden Arches

I think this is a great idea and I will be at the one in Dallas Texas. But you don't even have to be that well organized to protest the McDonald's long history of oppression.

Next time you are hungry instead of ordering a McHate quarter pounder, Just sit under the Arches for a couple of minutes with a sign. Get the word out. Then go somewhere else to eat. The world will no longer stand for McDonald's silence and whitewashing of the Chrissy Polis attack!

Just in case you haven't seen this appalling video taped by a McDonald's employee: