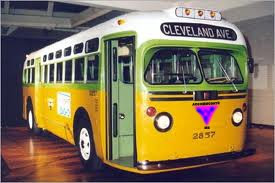 
The caption under the home page banner of the newly formed Maryland Transgender Alliance says it all.

This column is my personal opinion and does not reflect the opinions or agenda of the members of the MTA.

FUCK YOU Equality Maryland. FUCK YOU GILL foundation, FUCK YOU HRC, FUCK YOU Freedom to Marry, FUCK YOU the National Gay and Lesbian Task Force and finally especially FUCK YOU Mara quisling at the NCTE.

Those gay organizations conspired in 2011 using HB 235 sans Public accommodations protections as the bulldozer blade to bury the poor of the transgender community. THATS MOST ALL OF US FOLKS! They censored, banned, shut out and using the might of the before named groups, misrepresented the disenfranchised Maryland transgender community using a few privileged wealthy transgender people to validate their facade of inclusivity.

We beat them at their game, defeating HB 235 but just barely. We were unprepared for the ferocity and unrepentant immorality of these organizations.

Transgender people of Maryland are not going to allow you to use there lives to further the gay agenda ANYMORE!

OK. No more profanity or anger, returning to my natural Zen state.....

From the MTA homepage....

"While no legislation could by itself do away with the fears and prejudices of our society we must begin with that first step toward creating a more just society. Our political goals are directed at first improving the lives of the most marginalized among us. Many in our community live in poverty and among them are those who work in the sex trade to survive. Still others live marginal lives with the support of family and friends while they either fail to find employment or work at poorly paid or part time jobs. These are the people we work first to liberate."

I have faith in our free state transgender brothers and sisters. They are forming a viable political force comprised of transgender people that will work in good faith for our lives. I have faith in them. God bless you all.
Posted by planet trans at 8:02 AM